The Differential Pressure Transducer contains an aneroid capsule, or diaphragms, which expands and contracts with the pressure input from the pitot tube. The case around the diaphragm is airtight and is vented to the static port. Some units will have multiple aneroid capsules to multiply the movement. The difference between the pitot pressure and the static pressure is called dynamic pressure. The greater the dynamic pressure, the higher the airspeed. The movement of the diaphragm is mechanically coupled to a non-linear cam assembly with a large number of adjustable grub screws to set the desired profile. The cam output couples to a large spiral wound resistor which translates the movement into an electrical output of indicated airspeed. The gear train is too much for the capsule transducer to drive so it is coupled to a Synchro motor which reinforces the drive to the non-linear cam and resistor.
This item was in the original Elliott Collection Ref: 2032

Air data systems provide accurate information on quantities such as pressure altitude, vertical speed, calibrated airspeed, true airspeed, Mach number, static air temperature and air density ratio. This information is essential for the pilot to fly the aircraft safely and is also required by a number of key avionic subsystems which enable the pilot to carry out the mission. It is thus one of the key avionic systems in its own right and forms part of the essential core of avionic sub systems required in all modern aircraft, civil or military.

The total pressure, PT, is measured by means of an absolute pressure sensor (or transducer) connected to a Pitot tube facing the moving airstream. The Pitot pressure is a measure of ram air pressure (the air pressure created by vehicle motion or the air ramming into the tube). When airspeed increases, the ram air pressure is increased, which can be translated by the airspeed indicator.

High performance military aircraft generally have a combined Pitot/static probe which extends out in front of the aircraft so as to be as far away as practicable from aerodynamic interference effects and shock waves generated by the aircraft structure. A Pitot-static tube effectively integrates the static ports into the Pitot probe. It incorporates a second coaxial tube (or tubes) with pressure sampling holes on the sides of the probe, outside the direct airflow, to measure the static pressure. Some civil transport aircraft have Pitot probes with separate static pressure orifices located in the fuselage generally somewhere between the nose and the wing.

From the measurements of static pressure PT and total pressure PS it is possible to derive the Pressure Altitude, Vertical Speed, Calibrated Airspeed and Mach number. Measurement of the air temperature is made by means of a temperature sensor installed in a probe in the airstream and from this a function called Total Air Temperature can be calculated. 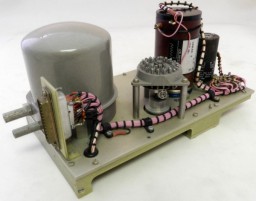 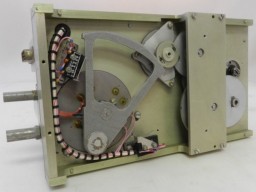