This is a model of the CPU-143A F-4 Phantom configuration. 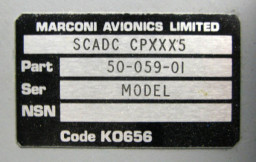