The Prime Minister, John Major visited the site in April 1993 for an award ceremony to commemorate the delivery of the 5,000th F-16 Head Up Display system and overall manufacture of the 10,000th HUD. The HUD was presented to Dr Vance D. Coffman the Executive Vice-President of the Lockheed Corporation by the Prime Minister.

John Major commented “what we are seeing all around the world is that it is the best products that can be most effectively and efficiently produced, that are leading edge technology, that actually take the market and create jobs. That, it seems to me, is what the best of British industry is now doing, certainly that’s true with GEC here. And it’s very important that they do that. They have produced more of these Head Up Display units than anyone else in the world, easily. And they’ve done it because of the quality of the product.” Dr Coffman replied “ For over twenty years GEC has provided the F-16 with ever-improving products including a diffractive optics display for use with the low altitude night time infrared navigation system, another display compatible with a night vision imaging system and innovative software algorithms that provide advanced all-aspect air-t0-air weapon aiming. These achievements, combined with outstanding customer support, have established GEC as an exceptional supplier and a most valuable member of the Lockheed F-16 team.”

There are seven of these awards in the archives. The medal has a diameter of 76mm and a thickness of 5mm. 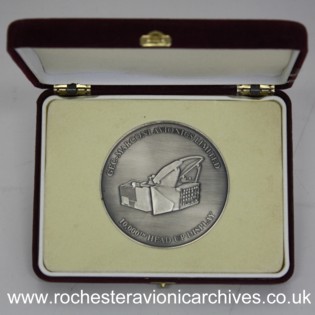 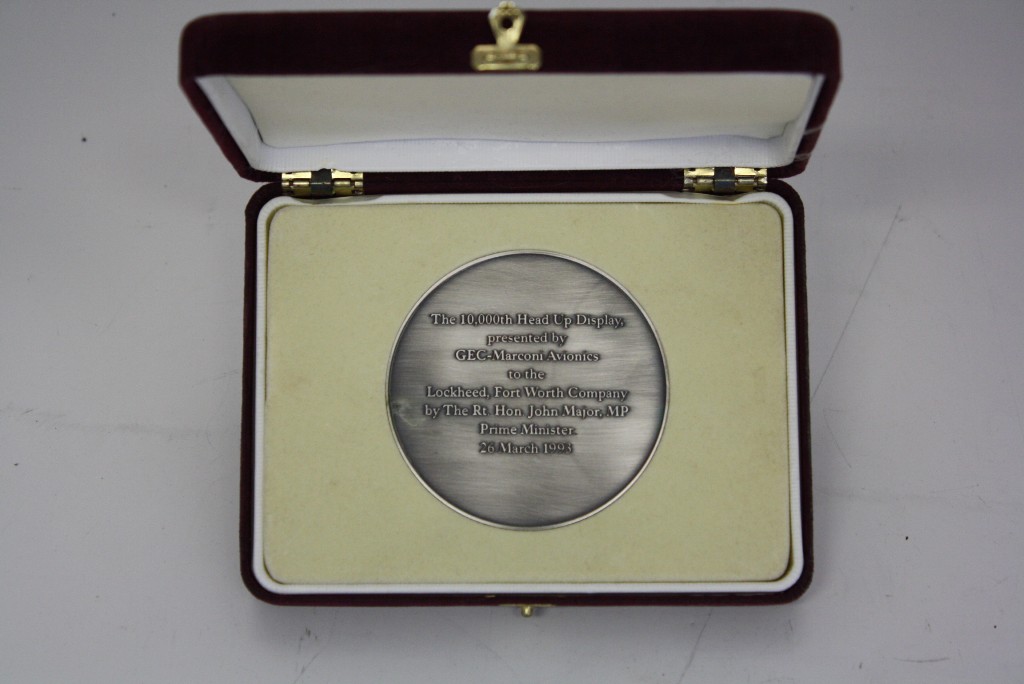