[key ring]
DLR
Deutsches Zentrum fur Luft-und Raumfahrt
―――――――――――
[letter]
Your support concerning our LASSIE document research
Dear Chris,
Please accept these few DLR give-aways as a small sign of our appreciation for your support during the search for LASSIE documents and contacts. Please feel free to forward some of them to the colleagues that provided their input as well.
Happy New Year and best regards

This promotional item were sent with appreciation for the assistance of The Company to the German Aerospace Centre (DLR) on the Low Air Speed Sensing and Indicating Equipment LASSIE trial. The swivelling Air Data Probe was fitted to a BO105 helicopter prior to 1989 and some years later DLR wished to find data about the system to restore it to working order.

Low Air Speed Sensing and Indicating Equipment LASSIE was one of the first examples of a low speed air data system using the unique swivelling probe, called the Airspeed and Direction Sensor AADS, that is positioned in the rotor downwash during low speed operation. The system comprises a swiveling pitot-static probe with associated airspeed transducers, a solid-state airspeed computer and one or more airspeed indicators. LASSIE's origins date back to 1956 and the experimental work, undertaken by the Aeroplane & Armament Experimental Establishment, aimed at measuring forward velocity over the speed range of the helicopter. It was not until 1968 that the purely experimental, single-axis LASSIE 1 was built as part of the joint investigation between Marconi-Elliott Avionic Systems and  the Royal Aircraft Establishment into the accuracy of airspeed measurement that could be attained using this principle.

Flight trials with a Westland Scout demonstrated good accuracies and in 1971 Lassie 1 was evaluated by the US Army using a Bell UH-1C.  The US Army placed an order in June 1972 for a developed two-axis system, Lassie 2, and it was delivered in 1973. The system was also fitted to the AH-1S, from 1977 and was claimed to be the world’s first air data system  to employ a microprocessor for its computation (an early Texas Instruments TMS9900, 16 bit device). The AADS is mounted on a boom under the rotor and the pressure head is mounted on gimbals to allow alignment with the local airflow. At high forward speeds it acts like conventional pitot-static probe but at low airspeeds the rotor downwash becomes the dominant factor and the unique characteristics of this swivelling probe provide a solution. The design uses the innovative Force Balance Pressure Transducer developed by the company research laboratory around 1966-68. The Instrument Systems Division took this into production and further developed the ‘Low Airspeed Sensing and Indicating Equipment’ LASSIE. The swiveling dual-axis pitot-static probe is a standard pitot-static sensing head with four peripheral static parts. The circular vane, with space wedges at 120 degrees, is slightly unbalanced to permit pendulous action. Two synchro resolvers are mounted within the assembly to measure the probe angular position. The total and static air pressures are piped to an airspeed computer along with the probe angle signals from the synchro resolvers. The total system consists of an airspeed probe, a rate transducer, a vertical speed indicator, longitudinal and lateral airspeed indicators, and a computer.

The Lassie system fitted to the AH-1S had a unique cockpit indicator that showed forward airspeed  with a horizontal bar that moved up/down and lateral airspeed on a vertical bar the moved left/right. Where the two bars crossed therefore gave an indication of both the magnitude and direction of the local air velocity.  Three separate indicators that appear to have been fitted to the  experimental German research BO-105 aircraft ifor a programme which was reported in 1989.

A later version forms part of the Helicopter Air Data System (HADS) The Airspeed and Direction Sensor was integrated  with the High Integration Air Data Computer (HIADC). The system outputs accurate air data over the entire flight envelope (forwards, rearwards, sideways and vertical) of a helicopter to a variety of avionics systems. HADS is currently fitted to the AH-64D, AH-1Z and EH101.

The AADS in the HADS is much the same as in the LASSIE system; it is a swivelling probe with pitot and static ports and an integrated air temperature sensor to provide accurate measurement in three axes. The HIADC receives pneumatic and air temperature inputs from the AADS; corrects for systematic errors and computes air data parameters for output on a serial bus.

The original concept was tried out mounted through the sun roof of Fred Mackley's car on the M2!

There is a good report of the US trials of LASSIE at https://apps.dtic.mil/dtic/tr/fulltext/u2/a019360.pdf

The Company in common with most organisations has a wide range of items promoting the Company name as a form of advertising. The range extends from  'cheap and cheeful'; the sort of thing that would be on the Stand at an Exhibition like the SBAC Farnborough Show. The young visitors love collecting these items along with pictures and Brochures. Such items would include the following:

Stickers, Carrier Bags, Furry Bugs, simple aircraft assembly kits, Cardboard Head Up Display, Drinks Mats. Sometimes a collection of items is put together in something like a Pouch or presentation bag.

A more up-market offering, of better quality, might include:

The top range gifts are usually presented to important visitors or taken on visits to customers and these might include:

Executive Toys, Paperweights, Business Card Holders, Wallets, Clocks, Calculators, Engraved glasses and Glass blocks with a contained model and legend (BAE Systems liked to produce glass Globes to illustrate the global reach of the company). A rather special gift has been a Hologram of a coin.

Ties have been a regular gift in the days when they were regularly worn and were presented as recognition of achievement or membership of a group or ‘club as well as being a promotional gift. Employees for example will be encouraged to wear a T-Shirt with a Corporate Logo which gives a corporate identity.

The RAA includes items of this type acquired from Suppliers and visits to Customers. 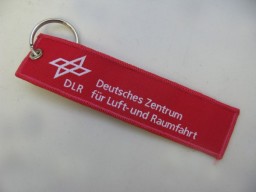 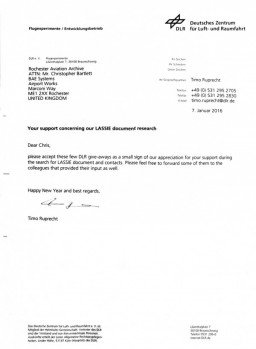