The computing circuits were split into modules which are arranged in stacks either side of the chassis assembly. These stacks were located together by plugs which also provide a means of inter-connecting the individual modules and connecting the modules to a mother-board mounted on the chassis. These mother-boards were connected to the cableforms which run to the rear aircraft connectors and front test connectors.

The box was physically segregated in to command and monitor computing areas to preclude common failures. The solid state logic switching circuitry was incorporated in the centre segregation spline.
The electronic implementation was based on standardised micro-electronic linear computing elements with external components to set gain and transfer functions. Electromechanical integrators were eliminated and digital integration was used when long term storage of datums was required. All switching was solid state except where total electrical isolation or filament drivers were involved.

The computers included built-in test circuitry which was aimed at satisfying airworthiness requirements prior to take-off and fulfilling the first line maintenance objectives. Additional test points are provided on the front of the computer to facilitate fault location to module level at the intermediate servicing stage.

An autothrottle (automatic throttle, also known as autothrust, A/T) is a system that allows a pilot to control the power setting of an aircraft's engines by specifying a desired flight characteristic, rather than manually controlling the fuel flow. The autothrottle can greatly reduce the pilots' workload and help conserve fuel and extend engine life by metering the precise amount of fuel required to attain a specific target indicated air speed, or the assigned power for different phases of flight. Autothrottle and AFDS (Auto Flight Director Systems) can work together to fulfill the whole flight plan.

There are two parameters that an Autothrottle can maintain or try to attain: speed and thrust.

In speed mode the throttle is positioned to attain a set target speed. This mode controls aircraft speed within safe operating margins. For example, if the pilot selects a target speed which is slower than stall speed, or a speed faster than maximum speed, the autothrottle system will maintain a speed closest to the target speed that is within the range of safe speeds. 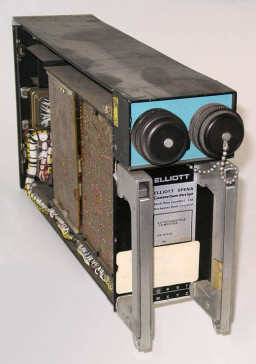