This is a Circuit Module from the Autothrottle Computer.

The Autothrottle Computer Unit is part of the Autothrottle system designed for the Boeing 747. FFRATS (Full Flight Regime Auto Throttle System). The system controlled engine power at the press of a button, even applying and aligning the power settings of the four engines during take-off, provided, that is, the computer had been fed with the correct information such as air temperature and atmospheric pressure beforehand. The system comprises the Autothrottle Computer and the Autothrottle TAT/EPR Limit Mode Select Panel made by Marconi Elliott Avionics and also a TAT/EPR Limit Computer and various sensors, panels and displays. There were two variants; the Total Air Temperature/Engine Pressure Ratio TAT/EPR version was for aircraft fitted with Pratt & Whitney JT9D or Rolls Royce RB211 engines and the Total Air Temperature/N1 TAT/N1 was for General Electric CF6 engines but operation was essentially the same.

The equipment was designed to optimise speed control and throttle activity from take-off, through cruise to approach and landing. The objective was to reduce pilot workload, improve the fuel economy and enhance engine life. This system operates in three main modes:-

·         EPR Mode (Engine Pressure Ratio)  is used in take-off, climb maximum continuous thrust and go-around). This ensures that the engine with the highest EPR indication acquires and maintains the limit value (less any selected decrement). All four engines are compared and that with the highest EPR is chosen as the controlling unit. The flight crew can balance the thrust controls to equalize the EPR for all the engines.

·         Mach Hold Mode  is used during cruise and maintains the Mach number existing at the time of mode engagement.

·         Speed Select maintains the selected airspeed and is used for descent, holding approach and landing. A bias function compensates for gusts during the approach.

FFRATS had a number of operational shortcomings and was replaced and retrofitted on all 747 aircraft by PMS (Performance Management System) which continually monitored weight, atmospheric conditions and fuel consumption. 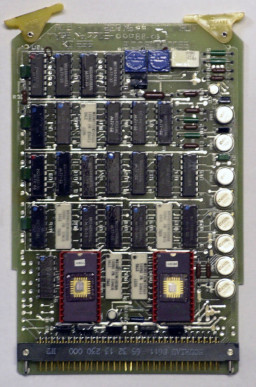