The Elliotts EMAC energy management computer for the Lockheed C-5A entered production in 1967. It was designed to provide continuous information for the optimum usage of available fuel and the realisation of range/endurance potential. The unit is missing its outer covers revealing its solid-state electronic modules and the electromechanical nature of the many user controls.

The Lockheed C-5 Galaxy is a large military transport aircraft built by Lockheed. It provides the United States Air Force (USAF) with a heavy intercontinental-range strategic airlift capability. The C-5 Galaxy has been operated by USAF since 1969.

The C-5A and C-5B were fitted with an Energy Management Analog Computer (EMAC).

Three sources of energy are available to generate aerodynamic forces and thus manoeuvre the airplane: kinetic, which increases with increasing airspeed; potential, which is proportional to altitude; and chemical, which is from the fuel in the airplane's tanks.

The airplane is continuously expending energy in flight because of drag. During manoeuvring, the three types of energy can be traded, or exchanged, usually at the cost of additional drag. This process of consciously manipulating the energy state of the airplane is referred to as energy management.

The objective of manoeuvring the airplane is to manage energy so that the three types of energy stay between limits.

This process of controlling forces to change accelerations and produce a new energy state takes time especially in an aircraft as large as the C-5 so a computerised system was devised to take control and optimise the control. Graham Holloway (Elliotts 1961 [Apprentice Technician] –  ?1978 [Project Leader])recalls that this used a technique known as “IMPACT”, integrated modular pulse analogue computing technique, basically the controlled chopping of reference waveforms (sine, cos ramp and triangular) to perform multiplication, division and trig functions. FARL did some work on systems for torpedoes, and the C5 Galaxy crosswind steering system with MACD. 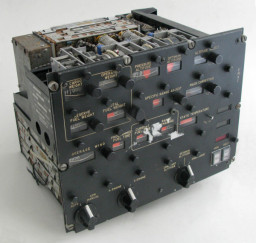 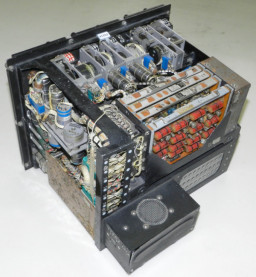 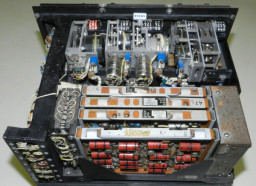 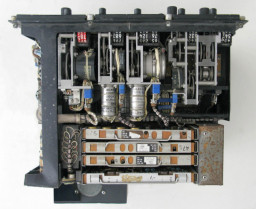 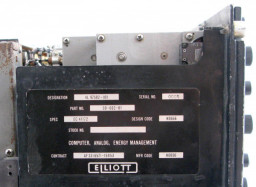