The Pilot's Monitor Panel of the Sentinel Airship Fly-by-Light system is located in the Airship Gondola and allows the pilot to see at a glance the system status. The four angled displays provide an indication of the position of the control surface positions. 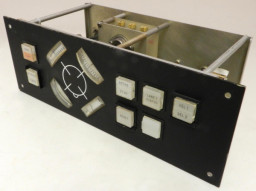 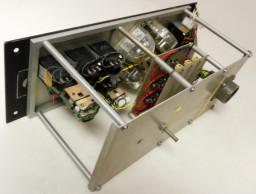