The duplex actuator is an element in the optically signalled Flight Control System of the Skyship SKS 600 Airship and is required to move the control surfaces (two rudders and two elevators) in response to pilot commands input via the control yokes. It is mounted on the hinge line of the control surfaces. It incorporates two samarium cobalt DC Servo Units mounted on a common shaft, each with a separate power lane. One motor only is used to supply the torque and the second motor switched should there be a failure in the first lane. The motor shaft is part of a simple 3-stage epicyclic gear train designed to give a gear reduction of approximately 90:1 and hence a design running torque of approximately 1066Nm (72lb-ft), i.e. at half the maximum rated torque of a single motor. Provision is made for two slab tachometers mounted on the motor shaft, to give velocity feedback to each channel as part of the servo loop, if required. A 3-gang plastic-film potentiometer is mounted on the output shaft, two channels to give positional feedback information, one to each lane of the servo loop, and the third giving independent surface positional information.

A mechanical clutch is incorporated in the final drive stage of the actuator to ensure that the gearbox is not subjected to loads greater than the design load when the surface comes up against the stops. 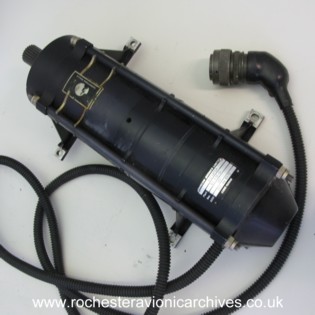