HSA MOD No. 4/3302 is inscribed on dial (HSA is Hawker Siddley Aviation)

Virtually all aircraft make use of some hydraulically powered components. In light, general aviation aircraft, this use might be limited to providing pressure to activate the wheel brakes. In larger and more complex aeroplanes, the use of hydraulically powered components is much more common. Depending upon the aircraft concerned, a single hydraulic system, or two or more hydraulic systems working together, might be used to power any or all of the following components:
wheel brakes, nose wheel steering, landing gear retraction/extension, flaps and slats, thrust reversers, spoilers/speed brakes, flight control surfaces, cargo doors/loading ramps, windshield wipers......

A hydraulic system consists of the hydraulic fluid plus three major mechanical components. Those components are the “pressure generator” or hydraulic pump, the hydraulically powered “motor” which powers the component concerned and the system “plumbing” which contains and channels the fluid throughout the aircraft as required.

The Hydraulic Indicator shows the status of the aircraft hydraulic system. The Collection has five of these Indicators and the screen markings vary between the two types. The same models of Indicator seem to heve been used on both the Comet and  Nimrod aircraft.

The Comet had a total of four hydraulic systems, two primaries, one secondary, and a final emergency system for basic functions such as lowering the undercarriage. Power was syphoned from all four engines for the hydraulics, cabin air conditioning, and the de-icing system; these systems had operational redundancy in that they could keep working even if only a single engine was active. The majority of hydraulic components were centred in a single avionics bay. It was quite an important indicator as the hydraulic system was rather prone to leakage.

The Nimrod had two hydraulic systems on board which were designed to be powered by the two inner engines that would always be running. Given the Comet heritage for this aircraft it was possible that the Nimrod system was also leak prone.

The Company also supplied Hydraulic Indicators for the Bristol Britannia. 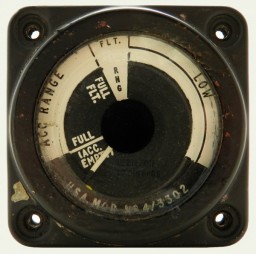 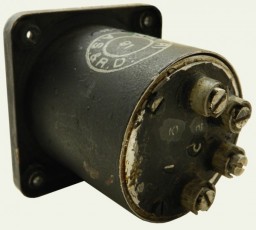