This Flight Control Computer (FCC) was part of the FBW system developed to demonstrate the feasibility of Active Control Technology using an RAF Jaguar which was withdrawn from Service. The aircraft’s normal control rods were replaced with an Integrated Flight Control System FBW which used four of these independent FCCs to electrically relay instructions to the flight surfaces.

The duo-triplex actuation system was developed to drive the rudder, two taileron and two spoiler control surfaces. The five Powered Flying Control Units (PFCU) are essentially similar, with variations in valve ports, jack strokes and diameters. Each PFCU contains six flapper nozzle service valves which convert electrical inputs from the Flight Control Computers (FCC) and Actuator Drive and Monitor Computers (ADMC) into hydraulic signals which are then used to drive the actuators.

The actuation architecture requires 6 independent drive signals to each actuator, but the integrity objectives do not necessitate the cost and complexity of a full six lane system. The flight control system (FCS) is therefore essentially a quadruplex digital system with special facilities to provide the additional independent drives to the actuators. All mechanical rods downstream of the trim and feel units have been removed, thus there is no mechanical or independent back up reversion.

Quadruplex Position Sensors (QPS) are used to sense pilot control demands in terms of stick, pedal and trim inputs and quadruplex rate gyros sense aircraft pitch, roll and yaw rates. Four identical digital FCCs are used to process these signals together with those from other sensors. The resulting command signals are used to control the actuators. To convert the quadruplex signals from the FCCs into the sextuplex signals required by the actuators, the FCCs are supplemented by two Actuator Drive and Monitor Computers (ADMC). 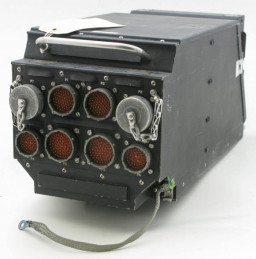