The British Army ordered over 100 Westland Aerospatiale Lynx for a variety of roles, from tactical transport to armed escort, antitank warfare , reconnaissance and casualty evacuation. The Lynx AH.1 first entered service with the Army Air Corps (AAC) in 1979.
This is a model of the MK34 Automatic Flight Control System Computer fitted to the Army's version of the Lynx. The Computer forms part of the Mk34 AFCS system which provides attitude stabilization in the pitch and roll axes. Stabilization demands are fed to limited authority series actuators which in turn drive the main powered flying controls. In the yaw axis the system operates as a yaw rate damping system to stabilise the aircraft during manual and automatic flight. The Computer contains the system logic, interface circuits, computing and actuator drive electronics. There are 17 modules in the ¾ ATR (long) box and the circuits are contained on 6” x 4” cards.
These units were repaired down to board and component level at DARA Fleetlands. (Input from Nick Petty).
Manufacturer: Marconi Elliott Avionics
Date: 1979-1989 and on
Division: FCD 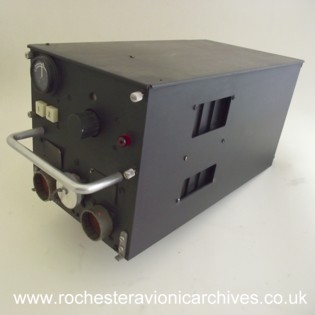