PCB from WG 13 (Lynx) Flight Control. The exact box it was used in has not currently been identified but it could be the Computer Acceleration Control or the Engaging Controller 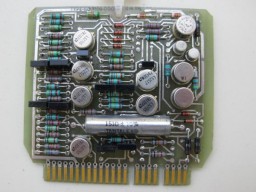 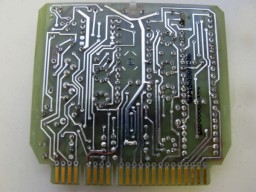