The UK Experimental Aircraft Programme EAP aircraft had a central pilot stick. Marconi Avionics, in common with other suppliers, made equipment for the EAP at their own cost in anticipation of orders for the Typhoon. Around 6 to 8 sets of equipment were made and all were put through the full evaluation/qualification tests.
The Stick has a small switch panel but the Stick-top was not supplied by the Company. The Stick is listed on EAP as the Multiplex Sensor Unit but in the Company Drawing Files as Pilots Stick Sensor Assembly for the P110 (an early design for EFA).

This concept was taken further into the Typhoon with the Stick Sensor and Interface Control Assembly (SSICA).

A Fly by Wire inceptor is defined as a device which translates the pilot’s control inputs into electrical signals. They can be divided into two basic types - passive and active. The passive type of FBW inceptor provides a fixed stick force-stick displacement relationship by means of a mechanical spring-box arrangement.

The active type of inceptor, in contrast, can provide a wide range of stick force-stick displacement characteristics by computer control of force motors which back drive the control stick. Active inceptors are a subject in their own right and are covered in a separate note.

A passive sidestick only provides back pressure forces when it is deflected, by mechanical phenomina such as springs, dampers, and friction. It is passive in that it cannot be made to move other than by pushing against it, it never moves by itself. Passive pilot controls use position sensors to send electrical signals to the fly-by-wire system.

A passive FBW inceptor can be a centrally mounted control stick as installed in the Eurofighter Typhoon or a side mounted stick as on the Lockheed F22 Raptor fighter.

The amplitude of the pilot's stick inputs are electrically measured and generated as control signals to the aircraft flight control computer. A complex spring/damper system, provides the pilot with force feel characteristics and ensures that the stick is reset to its neutral position without noteworthy overshoots when released by the pilot.
The stick has two-axes and provides both pitch and roll electrical command signals. Typically, four independent electrical pick-offs are provided for each axis of control in order to meet the failure survival requirements. The damper provides a smooth feel to the stick movement the spring and damper combination acting as a low pass filter on the stick movement. A small breakout force is required to displace the stick from the central position in pitch and roll. Roll control is a simple linear spring characteristic, Pitch, however requires a step increase in force at larger stick aft deflections and the spring rate is also increased so that larger forces have to be exerted when commanding high 'g' manoeuvres.

Traditional systems use mechanical inceptors, which cannot affect the feel of the stick in real time, so changes to the flight envelope of the aircraft cannot be fed back to the pilot as cues, leading to no situational awareness through the inceptor feel, such as excessive bank angle or stall. 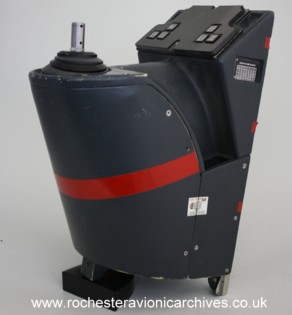 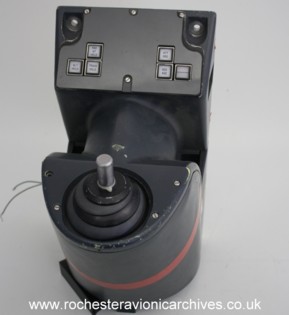 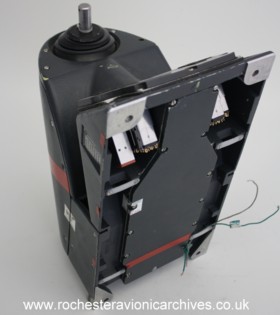