Slats and Flaps Control Computer (A321)

Slats and Flaps Control Computer for the A321 Aircraft. Note that this is a different Part No. from the Computer catalogued in C0549 as this model was for the A321.

GEC-Marconi Avionics has been supplying SFCCs to Liebherr Aero Technik as part of the Slat/Flap Control System for the Airbus A310 and A300-600 since the early 1980s. The slat/flap control computer provides the electronic control for the slats and flaps of a fully fly-by-wire secondary flight control system. Two 6 MCU units are fitted to each aircraft and in the event of failure of one computer, the system continues to operate satisfactorily to provide the operator with an extremely high availability. Each LRU contains independent channels for slat/flap control and monitoring. Commands are generated from a cockpit-mounted Control Sensor Unit (CSU) and provide discrete angular settings for both slat and flap which are input to the SFCC. A computing channel, whether it be for slat or flap, comprises two dissimilar digital lanes, different microprocessors being used for the command and monitor The slat and flap drive systems are controlled and monitored by the SFCC, each of them controls one slat and one flap hydraulic motor. lanes. When the command and monitor lanes agree an output is provided to the hydraulic motor drive to position the surface accordingly. Further safety features include protection against mechanical jam, drive shaft rupture, runaways or asymmetrical operation. Dissimilarity of both hardware and software provides the flight crew with a high degree of confidence as the probability of an incorrect computed command is extremely low. Dissimilarity is reflected from the hardware into the software which is compiled using a different language written by different software teams.

In service on the wide bodied Airbus since 1983 with over 7,500 computers supplied. The mature MTBF has reached over 20,000 operating hours. 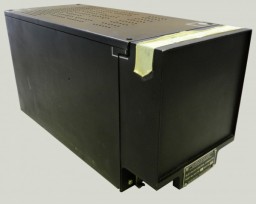 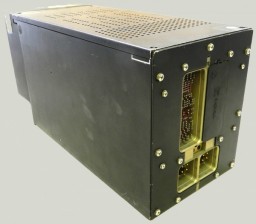