The YC-14 was an experimental STOL aircraft made by Boeing. It had a high wing with the twin engines mounted above the wing and Blown Flaps to give the STOL performance. The Digital Flight Control System provides full control of all primary aerodynamic control surfaces and engine thrust. The objective was to reduce crew workload during the busy STOL mode to a level compatible with a two-man crew. The system has full fly-by-wire control and has a variety of operating modes such as STOL, high Mach or high altitude cruise, low altitude, stores delivery and single engine operation. The system is triple redundant to meet mission and safety reliability requirements. Data is transmitted between channels via a single time multiplexed fibre-optic link which provides complete electrical isolation between redundant channels and eliminates electromagnetic interference.

The Computer Unit and the Interface Unit are ¾ATR short LRU. Design, tooling and manufacturing costs have been minimised through the use of common chassis, card and PSU constructions for these two unit types. All of the processing, memory and digital interfacing circuits are housed in the Computer Unit. The 16 bit processor includes features specific to fail operational applications and operates in conjunction with semi-conductor memories providing a total memory capacity in excess of 16,000 words. A parallel digital highway provides communication between the Computer Unit and the Interface Unit. Analogue and discrete conditioning circuits contained in the latter unit reflect the particular interfacing characteristics of the YC-14 EFCS and include autothrottle and electrical command servo amplifiers and flight test interfacing circuitry. 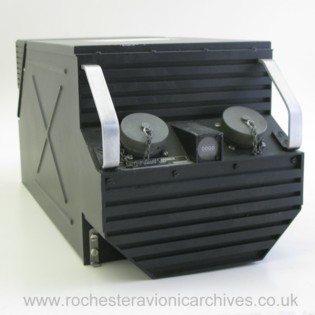 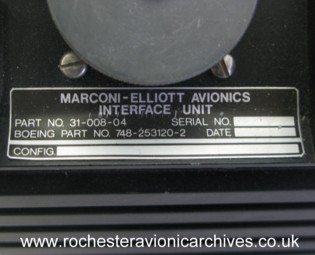