In the 1960’s Elliotts operated a facility at Treforest in Glamorgan. This site produced fuel flow equipment such as the ‘Pacitor’ system of Fuel Tank Gauges and Fuel Flow Transmitters. This unit is a Transmitter which was part of the unit used to convert fuel flow rate into an electrical signal for remote indication. 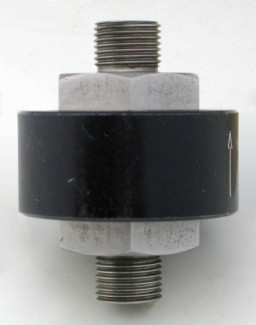