One of a number of items from Hirst Labs. Wembley. connected with early LCD work. This is a low resolution monochrome LCD Panel.

GEC had GEC Hirst Research Centre was one of the first specialised industrial research laboratories to be built in Britain and was part of the General Electric Company plc empire. It was named after Hugo Hirst, one of the founders of the company that would become General Electric Company plc. The research centre was based in East Lane, Wembley, Middlesex, UK, but was demolished in the early 1990s. One of the key scientists working at the Hirst Research Centre was Cyril Hilsum; his research helped form the basis of modern LCD technology.

The Rochester business recognised the need to explore the use of solid-state displays in their Display products and this simple monochrome LCD Panel and its driver were an early product. The display is believed to have seen some small commercial production possibly in an Israeli programme. It was never used by Rochester other than as a proof of concept demonstrator.

Sadly the LCD fabrication laboratory was shut down abruptly and none of the material was retained. 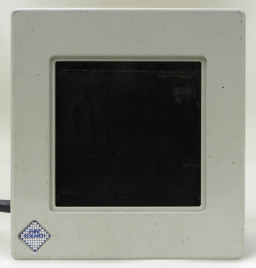 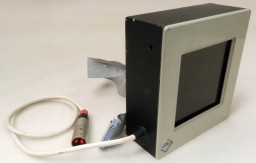 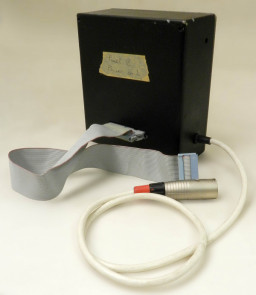