The Miniature Syncroverter Switch is a polarized single-pole, double-throw, non- resonant chopper which provides break-before- make action in synchronism with the current wave of the driving source. It converts low power d.c. signals into alternating voltages which can be amplified and applied to electronic, electrical, and servo systems. It can also be used as a Precision Synchronous Rectifier.

The mechanism is housed in a hermetically-sealed case having glass-to-metal plug-in header and captive, locking external shield. The unit fits a skirted 7-pin socket, type B7G. The Bristol’s Miniature Syncroverter Switch was designed for circuits and equipment which are subject to extremes in ambient conditions of temperature, shock, and vibration, as commonly found in missile controls, aircraft computers, shipboard electronic equipment, and similar applications.

It has the advantage of requiring no special shock-mounting or protection against surrounding conditions.

Syncroverter Switches were used on such applications as missile servo-systems, aerial switching, jet-engine controls, missile-guidance systems, frequency-measuring systems, gun-sight computers, and for many other purposes. The Syncroverter was made by Elliotts at Lewisham S.E.13 but was under licence from the Bristol Co., Waterbury, CT, USA. 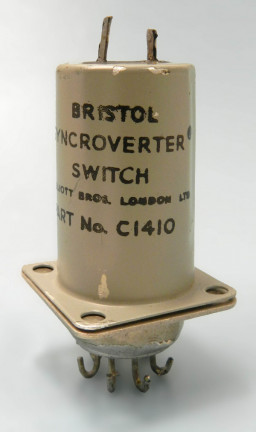 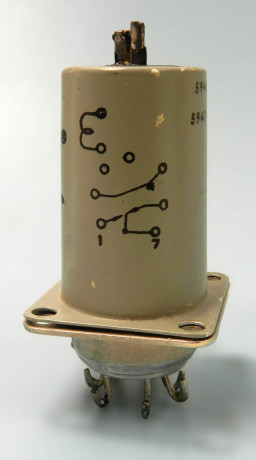 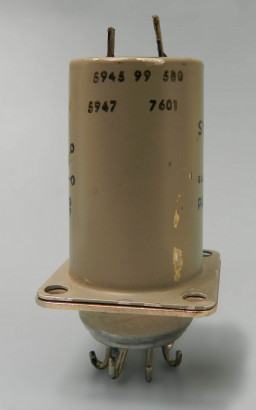 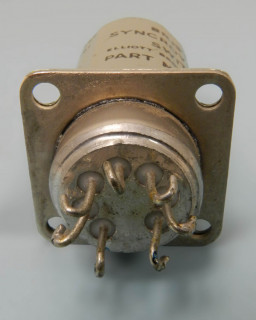 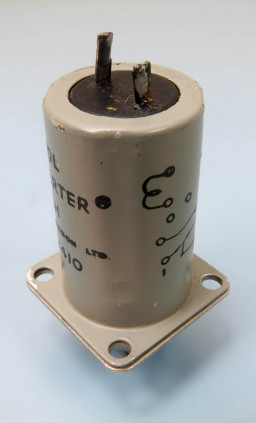