This module is a ‘Amplifier Comparator Monitor’ used in the VC10 ‘Autopilot Comparison Monitor and Computer’.

These circuit modules from the VC-10 computer are typical of construction techniques of the early 1960’s to early 1970’s. The technique of building up electronic and electro-mechanical units in plug-in card modules was a feature of the Bendix PB-20 system Autopilot upon which the Elliott system was based. A number of these cards and modules are common to a range of boxes. However, Elliotts also designed many of their own cards and overall the Autopilot has some 25 different types. 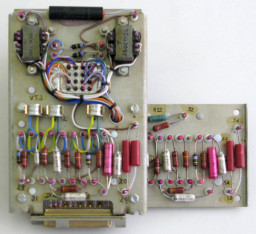 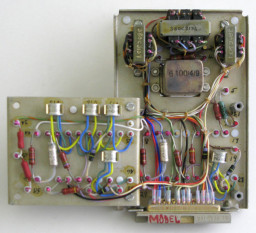