This is the outer shell showing the Optical Head Tracker. The bumps on the shell house an LED and these are pulsed at intervals to be picked up by three cockpit mounted sensors; two forward looking back at the pilot and one at the back of the cockpit looking forward at the helmet, such that the pilot’s head position and line of sight can be determined.
The assembly also has the umbilical cable terminating in a Quick Release Connector; absolutely vital to ensure cable release on ejection!

In 1983 the UK, France, Germany, Italy and Spain launched the Future European Fighter Aircraft (FEFA) programme.. In 1984 France reiterated its requirement for a carrier-capable version and demanded a leading role. The UK, West Germany and Italy opted out and established a new EFA programme.

The first flight of the Eurofighter prototype took place on 27 March 1994 and in 1998 the Typhoon name was formally adopted.

Development of the Viper™ HMD optical system and the Crusader two part helmet concepts were combined to create the core Striker ® HMD design in the early 2000’s. The HMD was further developed for the Eurofighter Typhoon  and is now in production for the  UK, Germany, Italy, Spain and Saudi Arabia aircraft. Another variant was developed for the Gripen & Hawk and this is in production for the South African Air Force the Swedish Air Force and others. Both designs are operational and in-squadron service. Another special Striker ® HMD variant was provided for Simulator training.

Conventional systems mean pilots must point aircraft in the direction they want to fire to get the enemy in a field of view before engaging their weapons. This helmet allows the pilot to let his helmet do the pointing (or off-boresight) without wasting vital time manoeuvring the aircraft – a huge advantage in combat.

The Striker® helmet-mounted display provides users with critical head-up, eyes-out situational awareness throughout the mission profile. With its dynamic display of symbology and sensor imagery, it delivers enhanced effectiveness 24 hours a day, in all weather. It has high precision, real world overlay of flight parameters, sensor video, and weapon and sensor targeting information

The two part helmet system has a two-part protective liner laser scan form-fitted to the individual pilot an inner shell with the communications and an outer ‘technical’ module supporting the display and Head Tracker. The helmet  tough helmet shell, blast visor and secure fastening provide  a high level of head impact protection and penetration protection,  600 knot wind blast protection and  passive noise reduction  all give the pilot uncompromised comfort and safety. The HMD features a binocular, fully overlapped, visor-projected, 40-degree-wide field of view with a 15mm exit pupil to ensure comfortable, uninterrupted viewing under the most dynamic flight conditions. The visor projected arrangement gives 50mm eye relief to allow use of normal spectacles and /or laser protections. The high-accuracy, low-latency optical head tracker does not require cockpit mapping and it provides better than 1° of accuracy at all viewing angles. 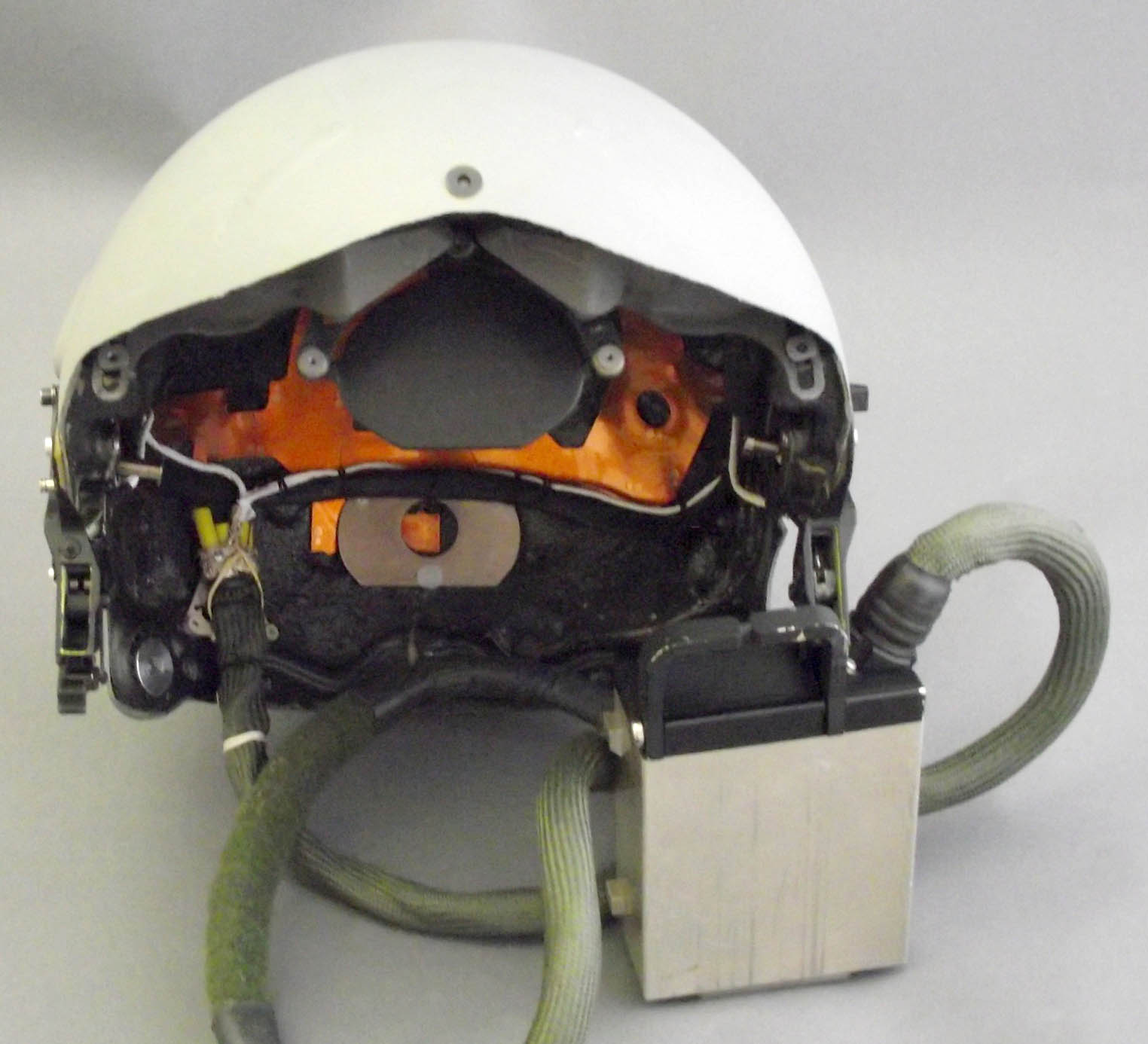 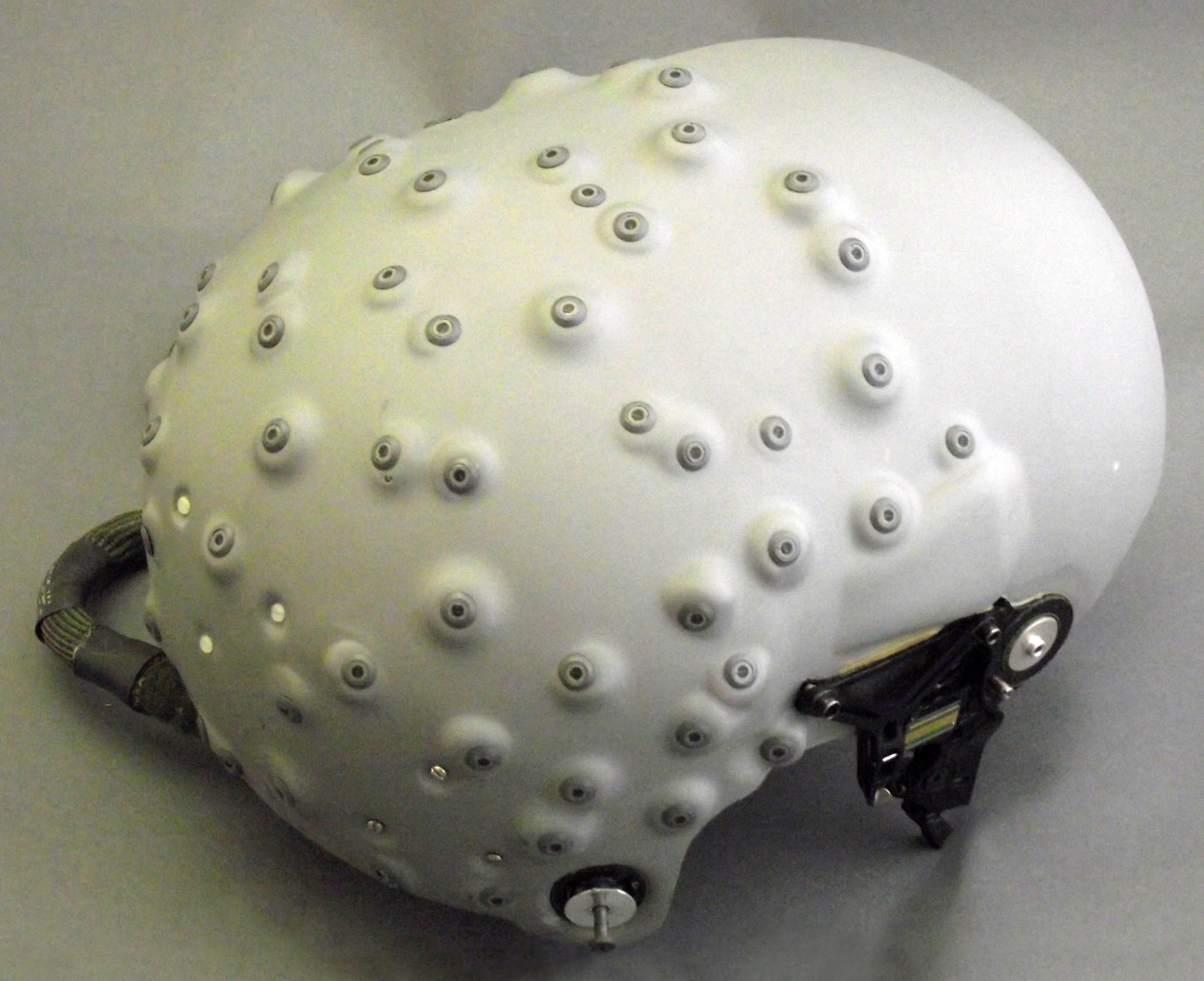 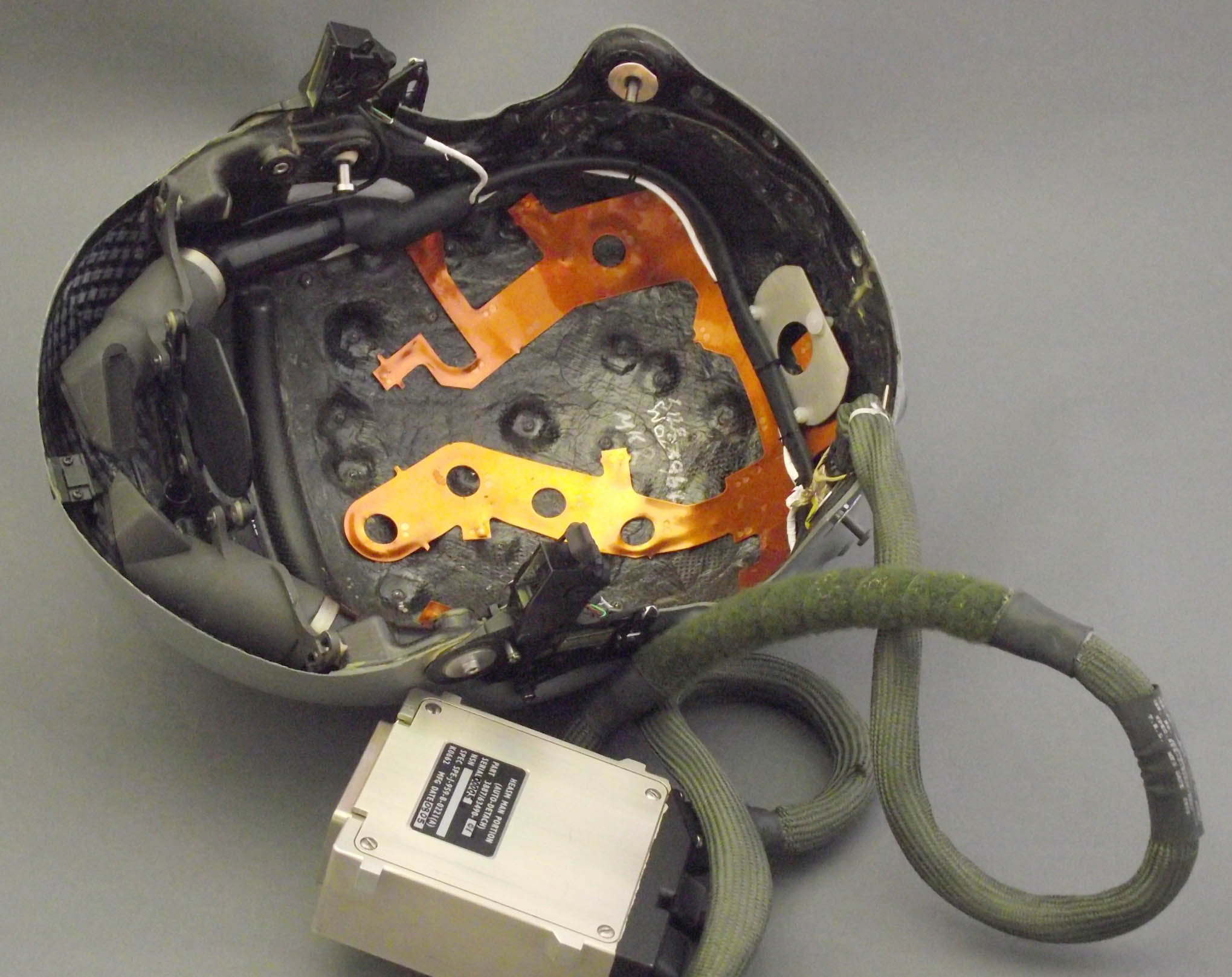