In 1978 the Company Research Laboratory (FARL) received an MOD contract to develop a helmet mounted display system for potential use by a helicopter pilot. The system would present a video picture of the outside world from a helmet-steered low-light sensor (LLTV of FLIR).

"Pipelite" uses an airframe mounted high-resolution CRT and a coherent fibre-optic cable of over one million picture points which transfers the image to a viewing optic mounted on the pilot's helmet. The viewing optic was similar to the "MonoHUD" type giving a clear view of the outside world with a 40° display overlaid. At the time it was seen to have advantages over helmet mounted CRTs which were bulky, low in resolution and require high voltage.

The system seen here comprises the chassis mounted box containing the CRT but the rest of the system has been lost, although there are MonoHUD optics in the collection.
The lower two pictures (from a FARL Research Booklet) show the complete Pipelite with the Helmet and the display as seen by the pilot. The inherent shortcoming of the fibre optic bundle can be seen (its mosaic structure being in the image plane). 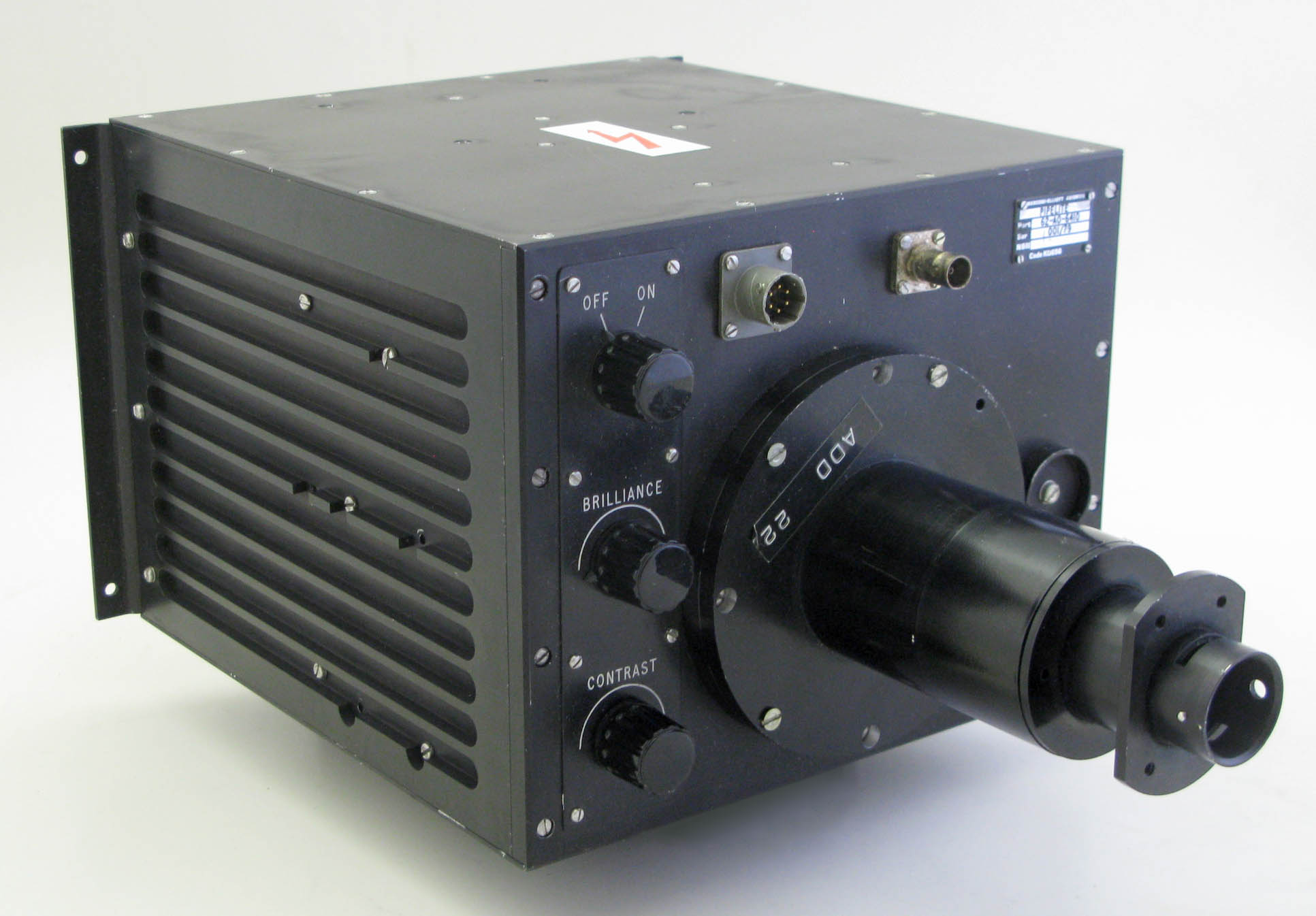 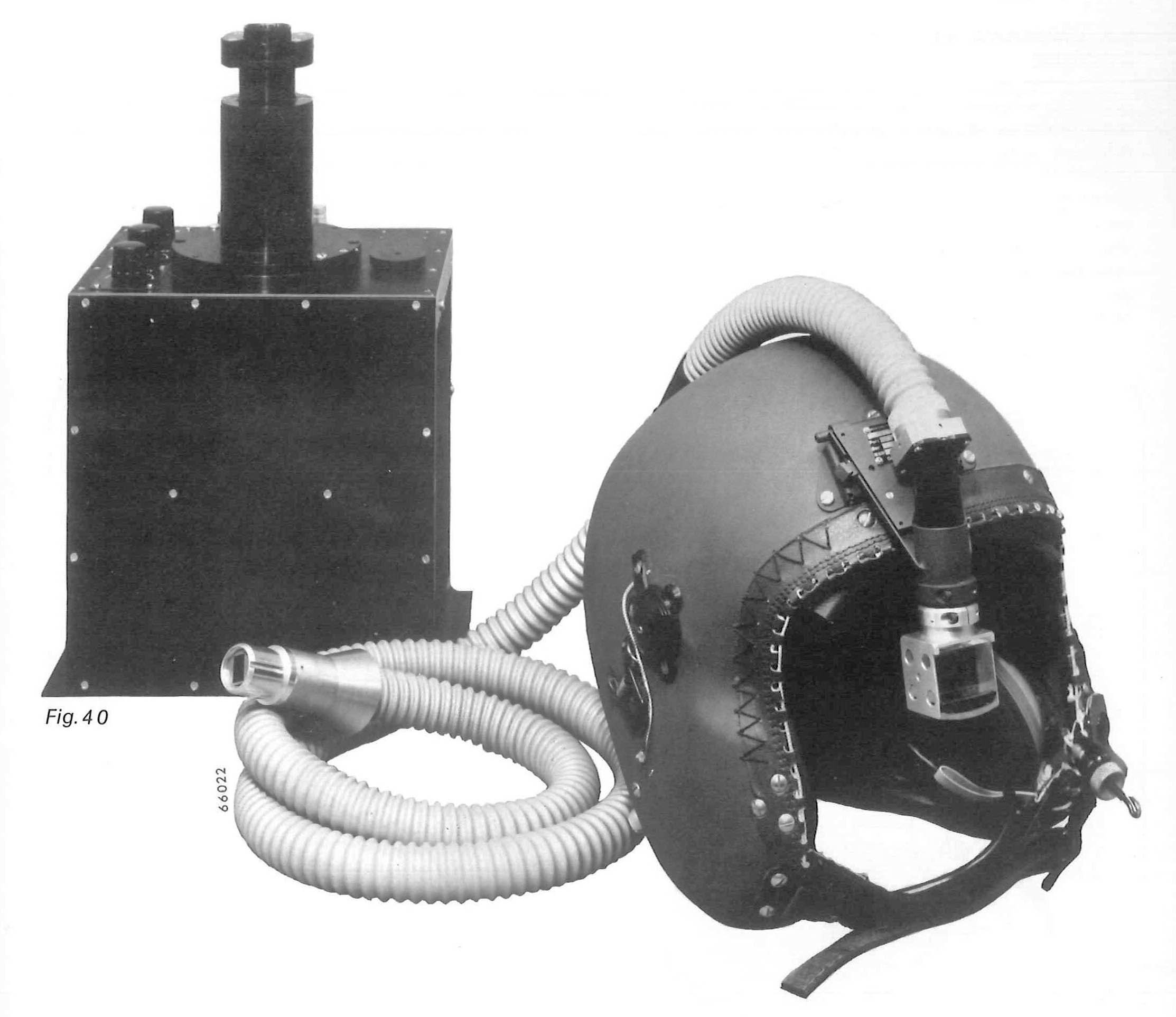 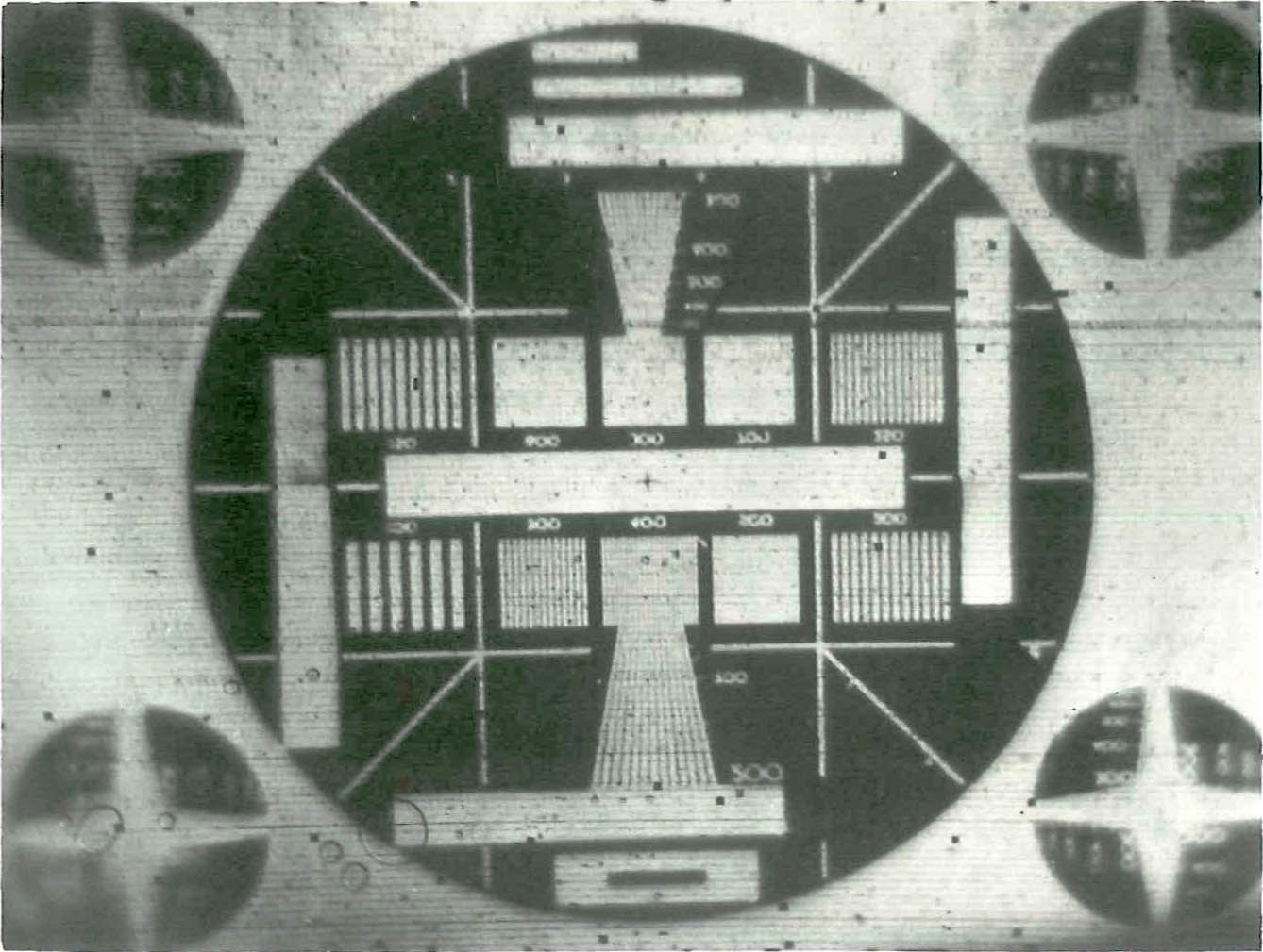