A rate gyro is a type of gyroscope, which rather than indicating direction, indicates the rate of change of angle with time. The gyro has only one gimbal ring, with consequently only two planes of freedom and is used to measure the rate of angular movement. Rate Gyros output a voltage that is proportional to the rate of turn about its sensitive axis.

The original concept of this Rate Gyro was a design by Siemens dating from the late 1930s used in their K12 Autopilot. The concept was developed further in Germany during WWII where it formed part of the rudder control system on the Henschel Hs 129 and  in the ‘V2’ rocket weapon. After the War the design was brought to RAE Farnborough eventually being offered to industry, By 1953 Elliott Bros had developed the autostabiliser which was according to FLIGHT Magazine of 1953 necessary to correct the ‘snaking’ activity of certain high speed aircraft. This gyro was fitted near to the c of g of the aircraft and operated a remote actuator unit for the rudder servo tab via a control box. The design was further developed into the Type ‘B’ Autopilot. 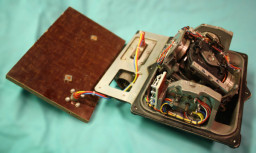 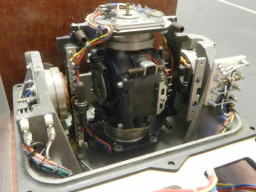 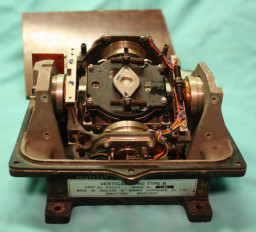