This Colour Flat Panel was used on a trial on the A-10, though it is informally marked: "Not Qualified for Flight".
The unit is without its rear (power supply?) module and has no formal unit ID label. However, the exposed rear surface is marked with the given inscription:

The South Gyle (Edinburgh) site of BAE Systems (CAGE Code K0662), previously Ferranti, had a good record in making Head Down Displays and this site and Rochester collaborated on exploring the forthcoming technologies such as Liquid Crystal panels. By 2001 a number of HDD employing large LCD panels had been constructed and a trial took place on the A-10 aircraft.
In 2005 the U.S. Air Force contracted Lockheed Martin to provide precision engagement production kits to modify the A-10 Thunderbolt II (aka Warthog) aircraft. The modification kit included a central interface control unit, multifunction colour displays, and new cockpit controls. This upgrade enables the A-10 to use advanced precision-guided weapons, such as the joint direct attack munitions and the wind-corrected munitions dispenser. The aircraft also will be able to accommodate advanced targeting pods, which will allow for increased situational awareness. The initial contract, valued at $37.8 million, was part of a larger plan to outfit the entire A-10 fleet with precision engagement kits over the next five years. The total contract value over the five-year span is estimated at $168 million. 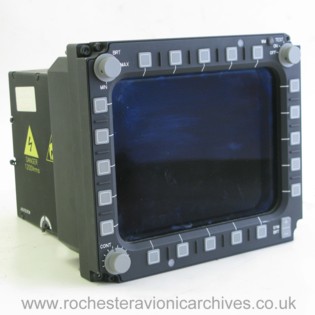