This unit is a non-functioning version of the Advanced EU for the F-16 HUD that was used for space, mass, centre-of-gravity and/or thermal evaluation in the preliminary stages of product development. 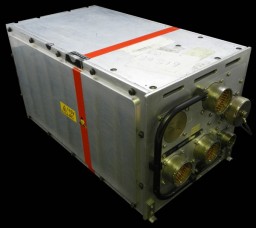 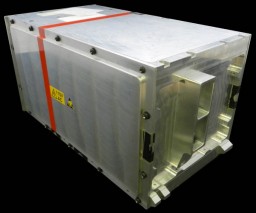