The unit shown is incomplete and has only a passing similarity to company pictures of the Belfast PDU and installation pictures show a truncated Combiner without the solid mounting structure shown on the official pictures. Further research is required.

Cintel designed a HUD for the RAF’s strategic freighter, the Belfast. Design of this long-range, strategic transport aircraft began in February 1959, with the first flight in January 1964. Only ten of the originally ordered thirty Belfasts were built, all for the RAF. The Belfast HUD was integrated with the Smiths Autopilot. Although about 24 HUD units were made not many were used because of the dilemma of how the co-pilot could verify the pilot’s display. Essentially this was a variant of the Buccaneer HUD but installed across the cockpit such that the Combiner was at right-angles to the PDU body. The Combiner had an adjustable angle however to allow, for instance, for a high nose-up incidence when landing. This design probably also had an ‘Auto brilliance’ sensor which was a forward-looking photocell which operated to keep the display luminance constant despite changes in the ambient illumination. Such a system is better described as an Auto contrast function. 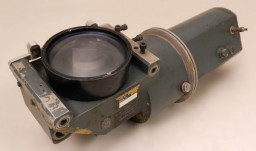 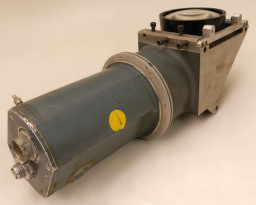 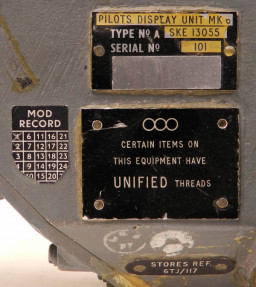