This module is the type used in an F-16C/D HUD PDU and is also marked:
"For A6 use only. NMR 229/001817"
The Video Card processes the cursive and raster video for the display and also hold the forward facing Auto-Brilliance Sensor. This latter circuit is more correctly an auto-contrast circuit maintaining the display at a viewable contrast to a wide range of outside world luminance.

In 1986 using Navy foreign weapons evaluation money, topped up by GEC Avionics private-venture funding, an A-6E was equipped with a full suite of night-attack avionics. The overall system allowed the A-6 to operate in all weather conditions by day and by night and the system was called Night Attack Navigation System (NANS). This concept had been pursued in the UK with the Royal Aerospace Establishment at Farnborough and in the US with this programme called ‘Real Night’ at the Naval Air Test Center Patuxent River (near Washington D.C.).

The A-6's radar and inertial measurement unit were retained, otherwise the aircraft was completely redesigned around a 1553B digital databus.

A "Phase O" series of flight tests was conducted in mid-1986. For this the A-6 was equipped with a FLIR navigation sensor (supplied by GEC Sensors) with a thermal target-cueing device, contained in a systems pod carried under the port wing. Output from the FLIR was displayed on a monochrome head-down display. The A-6 was also equipped with a digital map generator. ADD supplied Colour Head Down Displays based on the ruggedised Matsushita shadow mask CRT. To fly at night the crew used the FLIR, the map, and GEC Avionics' Cat's Eyes indirect view night vision goggles.

For the Phase 1 flight trials which began in December 1986, the aircraft was equipped additionally with two raster-scan Head Up Displays capable of displaying the FLIR image. The HUDs were derived from displays under development for the C-17 transport. Cockpit lighting was modified to be compatible with the image intensifying NVG’s. A scan converter was added to allow the radar picture to be presented on any Head Down Display.

The Phase 2 flight trials added terrain-referenced navigation and passive terrain following based on an onboard digital terrain elevation database. This was combined with cultural information digitised from standard paper charts to produce the digital maps displayed in the cockpit. GEC's Spartan terrain reference - navigation terrain following (TRN/TF) system has been under development for 11 years and flew in a Tornado in late 1987. In the A-6, Spartan was used to generate fly-up/fly-down commands displayed on the HUD for manual terrain following.

Other Phase 2 additions included tactile bezels on the Head Down Displays and, latterly, the Locus obstacle warning pod to detect unmapped obstacles in passive terrain-following flight.

In September 1988 Grumman Aircraft Corporation awarded the Company a contract for the full scale development of a wide field of view day and night HUD for the A-6 aircraft.

There were about 200 A-6 aircraft in service with the US Navy at that time and retrofit orders were expected. Although five development aircraft were built, the Navy ultimately chose not to authorize the A-6F, preferring to concentrate on the A-12 Avenger II. This left the service in a quandary when the A-12 was cancelled in 1991.

Grumman proposed a cheaper alternative in the A-6G, which had most of the A-6F's advanced electronics, but retained the existing engines. This, too, was cancelled and the Navy concentrated on the F-14 Tomcat. 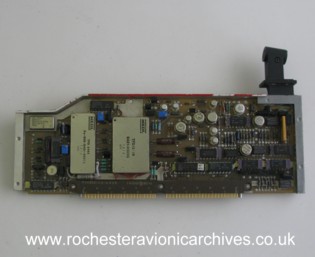 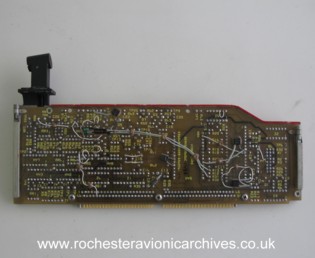