The OHU, Mounting Tray and the Combiner Assembly are integrated as one assembly here, to create a complete Boeing 737-800 unit, but are individually entered at C1456 and C1455. 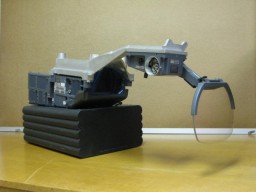