This is the Optical Module for the overhead HUD of the Maryland HUD system flown in the Gulfstream II trials. This Optical Module may interface with C0368. 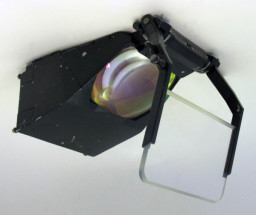