This Overhead Unit was for the 2022 system and other lists show this part number as the equipment supplied for the 737-800 programme. Its identity label refers to the complete OHU whereas this unit is only its optical module. 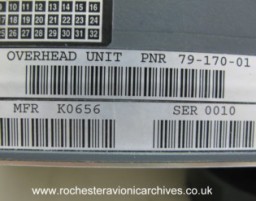