This is the HUD system Control Unit from the Maryland HUD system flown in the Gulfstream II trials. 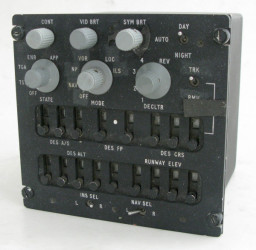