This Optical Module is easily identified as F-16 A/B by the two control knobs on its aft end; one is for the Standby Sight and the other controls the luminance. The wedge projecting aft is for a film camera - now a solid state video recording camera. 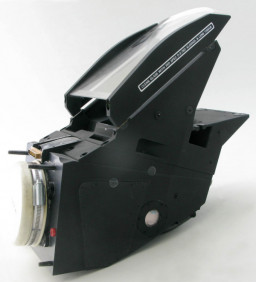 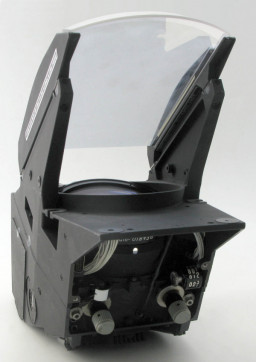