ENGINEERING USE ONLY
F-5 ASSET

This is fundamentally an F-16C/D PDU Chassis but was marked as an F-5 asset so was used on an F-5 upgrade where the standard F-16C/D PDU could be fitted rather than the F-5 long, thin design. This suggests that the upgrade was for a country where the F-5 was used as a lead-in trainer to the F-16 and this Chassis was for a Turkish Air Force upgrade bid.

The HUD therefore has to be a long thin design although in these upgrades as many as possible of the F-16 modules were employed.  The alternative involved a reconstruction of the PDU mount to allow a conventional variant of the F-16C/D PDU to be fitted and this was the approach in some of the upgrade projects.

The HUD PDU has both a raster and a cursive capability with the first application of ‘cursive in flyback’ in which the same amount of symbology as in the daytime high brightness mode can be drawn on the CRT using the raster flyback period of the Night mode. A good grey scale was provided for sensor video and the system could operate in 525, 625, or 875-line standards. The system accuracy was enhanced by the ability to apply corrections for the windshield. The F-16 windshield in particular acts as a lens which modifies the focus of the system and this is compensated for in the optical module design but in addition there are linear distortions away from the centre of the field of view caused by the curvature of the one-piece canopy and manufacturing variations. It is possible to provide both a generic and a specific correction for the particular aircraft. The optics provides a 25 degree Total Field of View and a 20 degree by 13.5 degree Instantaneous Field of View which was the maximum that could be achieved within the limitations of the 6.7-inch exit lens design and the large distance between the pilot and the HUD occasioned by the reclined high ‘G’ seat.  The exit lens is truncated, and the size is limited by the ability of the glass to withstand thermal shock. The field of view is about the maximum that can be achieved with a conventional refractive optics.

The Cathode Ray Tube is circular but with a blank area at the bottom; the beam is deflected into this area so that deflection calibration tests can be carried out without illuminating the phosphor. As usual the deflection is magnetic and the focus electro-static. The deflection coils and the matching card are now all constructed by Rank Electronic Tubes and the item is delivered as a Tube Unit Assembly. The venerable P1 phosphor is still used but the final Anode voltage is now a nominal 18kV and the tube operates with a Focus voltage of 2.96kV to 4.76kV. 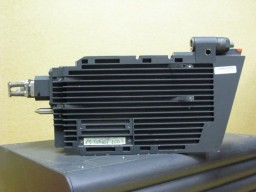 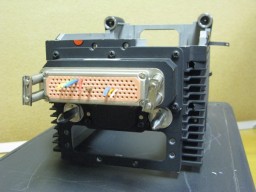 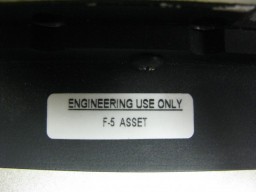