In 1988 the Royal Thai Air Force ran the First Capability Upgrade on their F-5 aircraft. The DoD had placed the Contract in 1984 and the update was to provide a ‘lead-in’ fighter for the F-16. The programme included a new HUD/WAC (Head-Up Display/Weapon Aiming Computer) from GEC Marconi, decoy system AN/ALE-40 and warning detection system AN/ALR-46 RWR (Radar Warning Receiver). During early 1986 through to mid 1987 GAv developed a simple cursive only PDU with a keypad Up Front Control Panel aft of a Video Camera. The basic design was subsequently used in a variant for a different aircraft. GAv Atlanta managed the programme and they also developed the HUD Electronics Unit which was based on the F-16 design with a 1553 bus. This PDU was used as a space model for the Indonesian F-5 and was a test fit in the aircraft. The space behind the blank panel on the aft end was for a Video Camera. (Possibly Part No. 79-093-01) This HUD needs some assembly of the various parts.

The physical configuration of the HUDWAC was designed to be drop-in compatible with all known versions of the F-5E/F. Other than removal of the Lead Computing Optical Sight (LCOS) no rearrangement of existing systems nor structural modification was necessary; the new HUD mounts onto the same LCOS tray. The HUDWAC was made to be interchangeable between F-5E’s fitted with the APQ-153 radar and AHRS and those fitted with an APQ-159 radar and an INS without any modifications. The HUDWAC monitors the armament panel switch settings and the in-built software determines the required operating mode which overall makes the system easier to use than the original LCOS.

The PDU gives a field of view nearly twice that of the ASG-29 Lead Computing Optical Sight it replaces. The unit hosts a control panel with switches and a keypad through which mission data such as target elevation and barometric pressure can be loaded. A 16mm film camera or a colour video camera can be attached to the aft end of the PDU. In this aircraft the HUD is hard mounted to a pre-aligned mounting frame, rather than an adjustable Mounting Tray i.e. it is already boresighted to the airframe. The drawback to the installation is that the HUD has to be long and narrow which is reflected in the design of the circuit boards within the unit. The High Voltage Power Supply locates on the underside of the PDU and there would be a Gun Camera and an Up-Front Control Panel fitted to customer requirements.

The HUD therefore has to be a long thin design although in these upgrades as many as possible of the F-16 modules were employed.  The alternative involved a reconstruction of the HUD mount to allow a conventional variant of the F-16C/D HUD to be fitted and this was the approach in some of the upgrade projects.

The EU contains 15 circuit cards of which 13 are common to the F-16C/D HUD; the two unique cards are for the interface to the F-5 avionic systems. The system software, also known as the Operational Flight Program (OFP) was written in Jovial J-73 language and the symbology was compliant with the Mil-Std-187 standard. 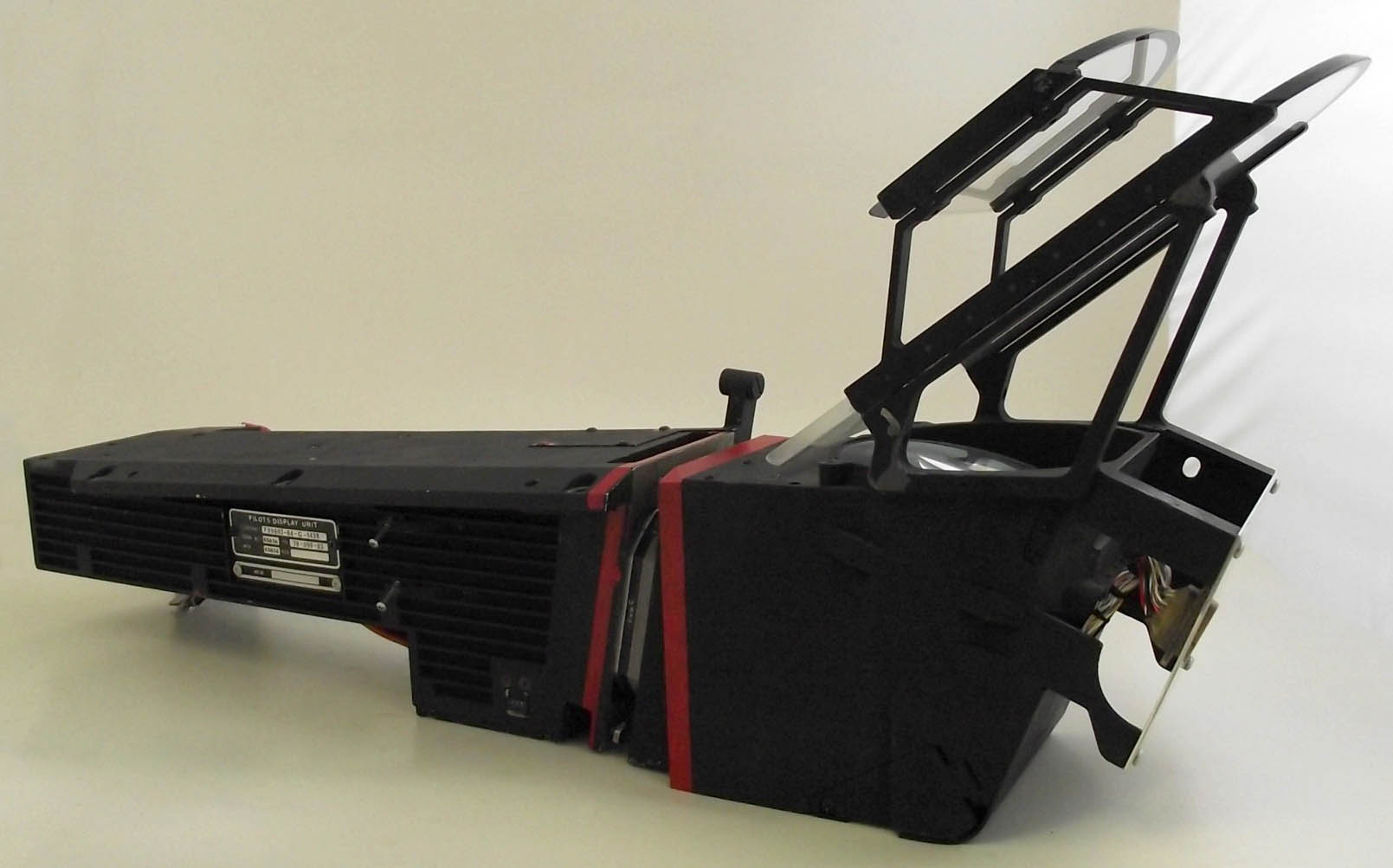 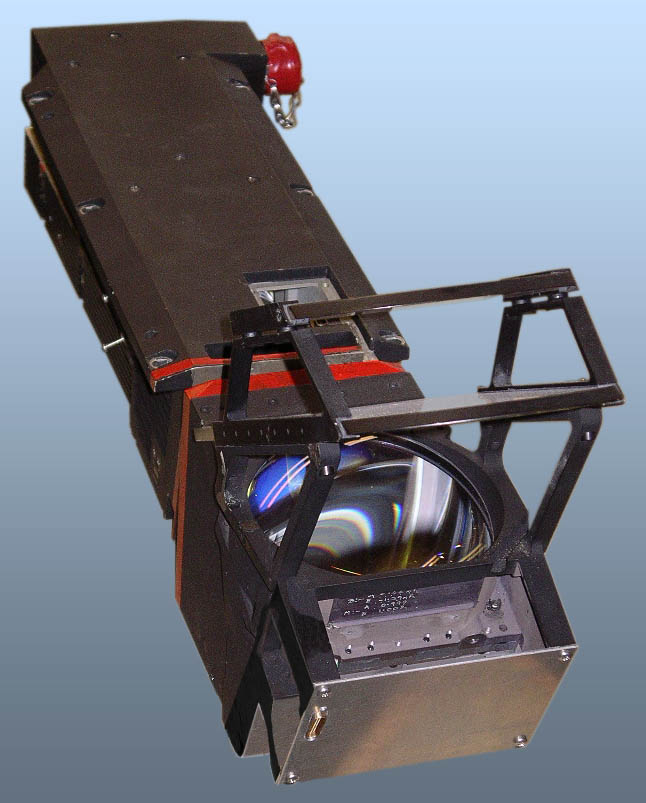 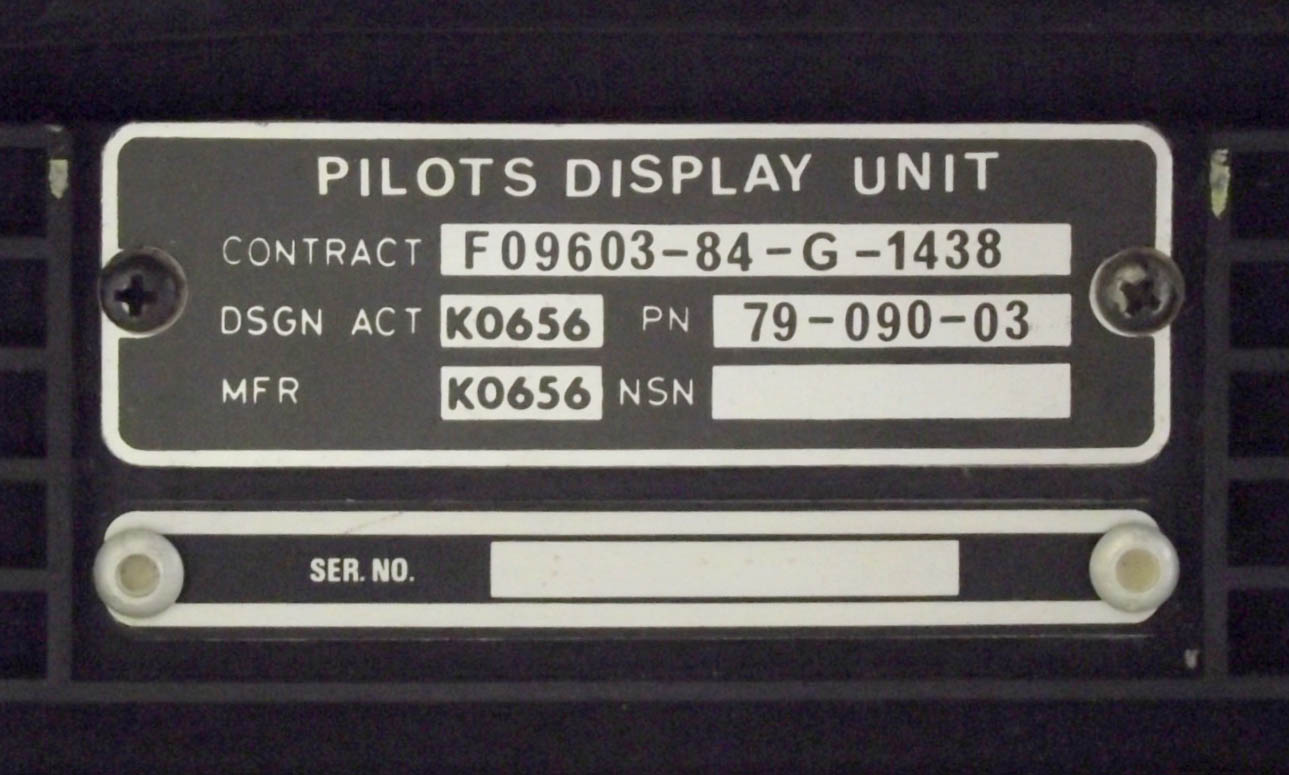