This is basically a chassis from a C-17 HUD but modified to mount upside down and was an early configuration under the work with the Maryland Lab.The Chassis may interface with C0371. 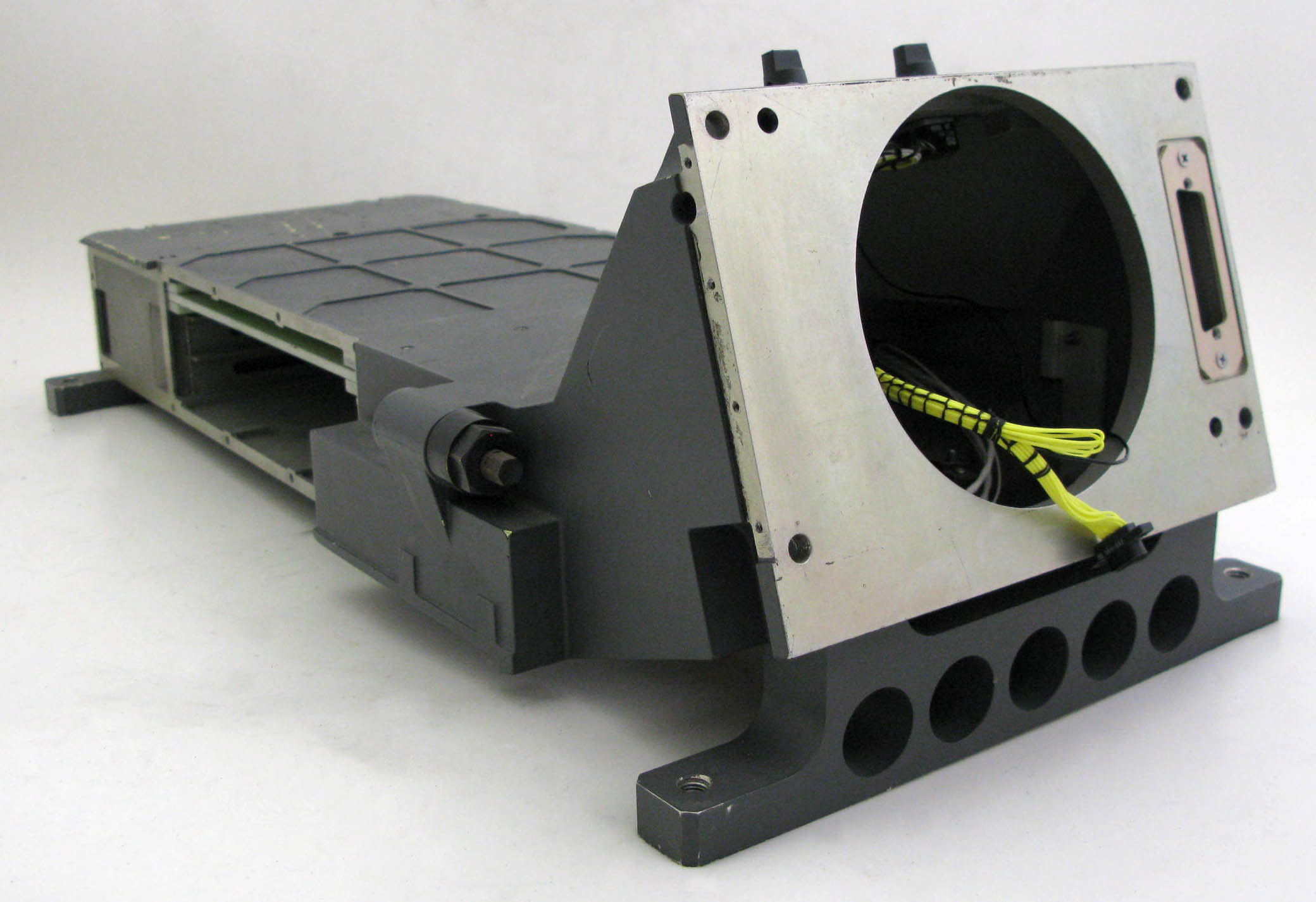