Another application of the F-16C/D EDU was to the South Korean T-50 ‘Golden Eagle’ a multirole trainer, developed with Lockheed Martin, giving a more than competent lead-in to the F-16 and ‘5th’ generation fighters. In the T-50 the EDU is driven by an Integrated Mission/Display Computer (IMDC) which also drives the Moving Map and Front and Rear Cockpit Displays. The EDU has an Up-Front Control Panel with an LED matrix data entry capability. This unit is marked 'Not for Flight'.

Korea Aerospace Industries Ltd. (commonly referred to as KAI, Korean: is a South Korean aerospace company; the headquarters and its major plants are located at Sacheon city.

The KAI T-50 Golden Eagle is a family of South Korean supersonic advanced trainers and light combat aircraft, developed by Korea Aerospace Industries (KAI) with the American aerospace company Lockheed Martin. The T-50 is South Korea's first indigenous supersonic aircraft and one of the world's few supersonic trainers. Development began in the late 1990s, and its maiden flight occurred in 2002. The aircraft entered active service with the Republic of Korea Air Force (ROKAF) in 2005.

The T-50 has been further developed into aerobatic and combat variants, namely T-50B, TA-50, and FA-50. The F-50 single-seat multirole fighter variant was considered. The T-50B serves with the South Korean air force's aerobatics team. The TA-50 light attack variant has been ordered by Indonesia. The Philippines ordered 12 units of the FA-50 variant. The T-50 is also being marketed as a candidate for the United States Air Force's next-generation T-X trainer programme. Thailand ordered 4 units of the T-50 advanced trainer variant. 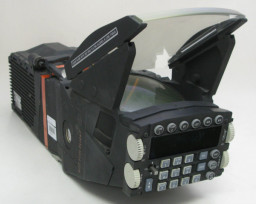