This PDU was acquired at Rochester but in 1988 it been presented to the RAF Museum at Cosford but sometime later was returned.

In January 1959 the Ministry of Supply, announced that the RAF’s supersonic strike-reconnaissance aircraft was to be developed jointly by Vickers-Armstrongs (Aircraft) and English Electric. The operational requirement included an 11o overnose line from the pilot’s eye reference. The windscreen was set at 35o to the horizontal to optimise the field of view which in turn compromised the HUD position. The TSR-2 HUD was designed by Cintel in 1963 to Spec VES1001 and was fitted to the aircraft which first flew in September 1964. The HUD used a 6.5-inch refractive optic and the HUD projected onto the inside of the windshield; there was no separate Combiner Glass in order to avoid the heavy support structure. However, the windshield glass was extremely thick to give adequate birdstrike protection and this gave multiple reflections off inner and outer surfaces and still distorted too much at high speed. This solution was also very expensive, required a large and very heavy optical system (because the HUD was located so far away from the windshield). Achieving all the alignments and accuracy proved difficult and it was known that the windscreen deflection would give rise to boresighting problems.

On 6 April 1965 the cancellation of the TSR-2.was announced in the House of Commons. The Secretary of State for Defence, Denis Healey, explained that the government had been very reluctant to do so, but that the cost of the TSR-2 program was becoming an "intolerable burden", because the total cost of 750 millions pounds amounted to 5 million per aircraft, assuming a production of 150 aircraft. After the cancellation, the three TSR-2s built were immediately grounded; they were never to fly again. Only three HUD’s of the 20 made are known to still survive. Serial B8 and Serial B11, are retained in the collection at BAE Systems at Rochester and the unit installed in RAE Avionics Dept for weapon aiming simulation is held in the Science Museum collection. Both the Imperial War Museum and The Aerospace Museum at Cosford have one of the remaining airframes to mark a tragic period of Government ineptitude. 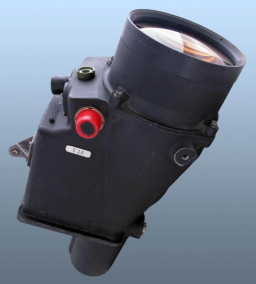 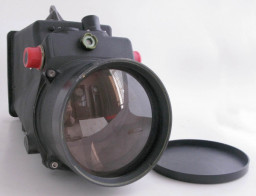 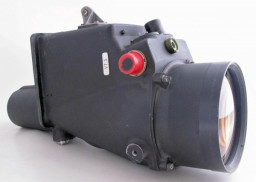