This little display indicates failure codes in the fly-by-wire system and system status indication possibly to ground crew. It is perhaps similar to the Pilot's Controller & Switch Panel (C0335) where failures are noted as first or second. However further investigation is required on this unit. 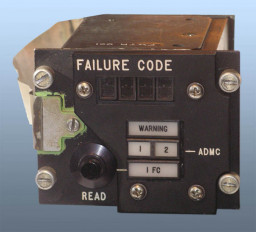 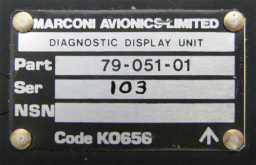