Very little is known about this item, but it is very early in the Harrier programme as the first Harrier GR1 production order was only received in early 1967. This suggests that the equipment was already developed for the previous Kestrel or P1127 projects. The construction suggests that it is located on the Harrier, probably in the equipment bay. It was used to check out the aircraft systems prior to flight by monitoring the Built in Test Equipment in the avionics and commanding test functions. The given dimensions exclude the ten 300mm long cables. The hinged front panel cover does not conceal any further controls but allows maintenance access to the front of the test set. 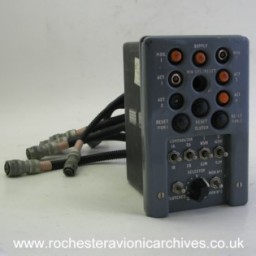 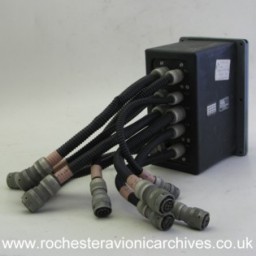 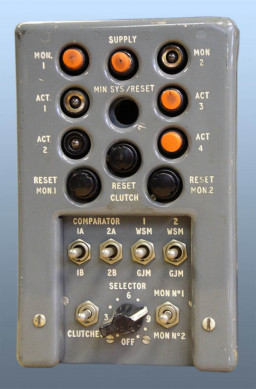