The given weight includes the 650mm cable and 450mm pressure hose. The label marking of "270JA" suggests this was from Division 270 (Monitoring & Control - part of GEC Avionics from at least 1989 to 1996), so it has been presumed this was a tyre monitor prototype that measured tyre pressure & temperature.

Aircraft tyre-pressures are critical, and are determined by more than the simple preventionof under-inflation. Tyre temperature increases rapidly while taxiing, especially at gross weight and Airport taxiing distances can be enormous

Tyre flexure generates heat, so whenever an aircraft taxies, takes off, or lands, temperatures rise and heat energy is radiated. Perhaps less obvious is the fact that as the tyre flexes it also radiates energy at microwave frequencies, at levels directly proportional to the rubber temperature. Surface rubber temperature, however, may bear little relationship to that which really matters, deep within the rubber.

The radiometric system developed by GEC Avionics overcomes the problem by virtue of its ability to sense Q-band radiation emitted from an inch or two within the tyre structure.  The system has four channels to measure the microwave radiant heat – like IR but at 40GHz.  The system, which does not rely on physical contact with the tyres, comprises a radiometer sensor head on each undercarriage bogie, which senses the temperature right inside the carcase of the tyre. It relays this information via digital data link for data processing and display in the cockpit. The radiometric temperature sensor operates over the range 0-260°C using a 8-14um spectral range and a field-of-view of 20°.

Tyre heat measurement with this equipment indicates not only under-inflation but can show directly that the tyre is being worked to temperatures which may eventually cause structural or material damage.

The equipment was installed on the right main undercarriage of a BAe 146 at Hatfield in 1984 and with solid-state components, it proved itself to be rugged in a harsh environment. There was particular concern that the new Bae146 with many short-haul flights would overheat the tyres.

One of the engineers who worked on this was Andrew Howe then a second-year gap year student apprentice.  He notes that “The video processing and control was 8051 assembly and my handiwork. It is a standard Dicke Radiometer and uses a heated load to provide the calibrated noise power. IF bandwidth was around 500MHz from memory. I also co-ordinated the “manufacture” at Baddow and getting QA acceptance. Three were made. One went to Wright Patterson base in the US where they used it as instrumentation, and Rochester made that sale. In addition, we made some thermocouple or platinum sensor data recorders which were tyre mounted and recorded the actual rubber temperatures we sensed and also some IR sensors. What the testing showed was that IR sensing was a fine measurement and that a Q band radiometer was expensive and not much more accurate.” 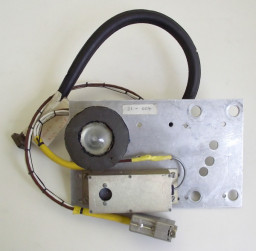 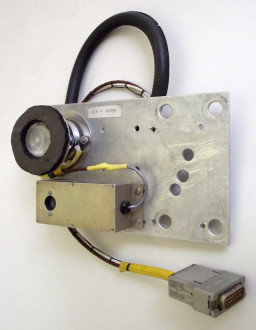 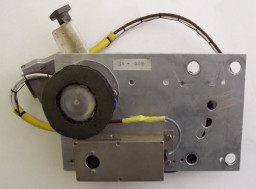