This is the film transport mechanism for the Elliott Projected Map Display. It has sprocket wheels that engage with the perforations in the side of the film plus the associated pay-out and take-up spool shafts. 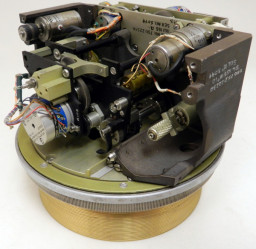 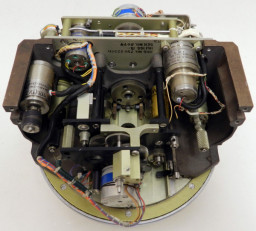 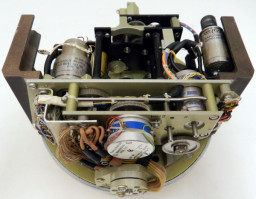