This item is a Displacement Gyro from the Space Reference Unit of the Naval Compass NCS 1. A Displacement Gyro measures displacement from an initial datum and gives an output in degrees. The date of manufacture is noted as 1985 as ‘85’ is a prefix on the Serial Number which is a common practice and certainly within the production span of NCS1.

Initial sea trials were carried out in HMS Antrim. NCS1 was designed and manufactured within the Guidance Systems Division at Rochester between 1976 and possibly beyond 1984. 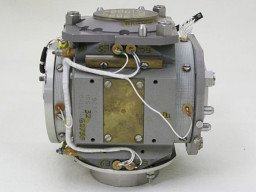 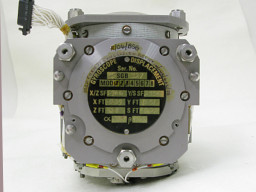 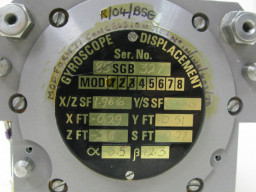