This unit is in a delivery package, a cardboard box with a foam plastic liner moulded to fit the unit. This box also contains a pressure sensor like the related object C0619. The sensor connects to the unit's short flying lead via a round four-pin connector, one half of which can be seen on the end of the sensor. The sensor is probably used to provide a depth measurement for the torpedo's guidance system.

The given dimensions are for the main unit, excluding delivery package; the pressure sensor alone is 29 x 78 x 43 mm & 194g.

In 1965 a funded contract was awarded by the Admiralty Underwater Weapons Establishment to investigate solutions to building a ruggedised Attitude Sensor Unit (ASU), later called a Control Sensor Unit (CSU) for a projected new lightweight Torpedo which became Sting Ray. The unit was required to withstand 150g shock.

The CSU was designed by Gyro Division at FARL and continued development in Guidance Systems Division when FARL closed and Gyro Division disbanded. The ASU is an advanced, strapped-down attitude sensing and control unit using simple rate gyros and accelerometers with all electronic computation (initially analogue). The Project number was 7511.

The unit is small, light, very rugged, inherently drift free and, apart from its mechanical transducers, the ASU is all solid state. It is inherently flexible and with minor variations can be applied in many types of underwater weapons.

The first trial took place in 1966 in a van at West Malling Airfield using an E3 Platform as a reference. In 1967 the system was brought into production by the then Gyro Division and the Sting Ray Torpedo entered service in 1983.

The Control Sensors Unit comprised of a power conversion half that took the output from a sea water activated battery and converted it to various voltage levels for use within the CSU and outside it. Being an air-drop weapon, the CSU was designed to identify attitude, direction and depth when the battery was activated. The other half of the unit housed three axes of gyros, accelerometers and fluxgate magnetometers. A pressure sensor provided depth measurement. The unit was part of a series of similar constructed electronics sections that made up the torpedo system produced at Marconi Underwater Systems. The CSU was designed in Gyro Division in the 1970s and underwent several versions of development. Gyro Division was merged with Inertial Navigation Division to form Guidance Systems Division in the mid 1980's. The main production order for the torpedo came more than 10 years after development had finished. It was a production run that required a great development of supporting Automatic Test Equipment that far exceeded the level of content of the CSU. It in turn had to last a further 10 years or more to keep support of the torpedo system. The mid-life update obsoleted the CSU in favour of a digital solution employing a then modern guidance pack by BAE Underwater Systems, Waterlooville.(Additional notes courtesy of Steve Pink) 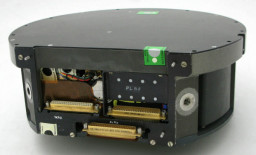 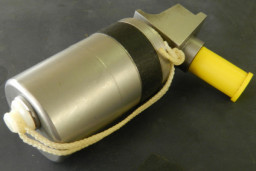 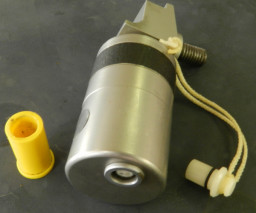