The Polar Path Compass System is a gyrocompass developed in the early 1950’s. It uses a small gyro spinning at more than 20.000rpm and overall has a drift rate of less than 1 degree per hour.

The name originates because of the ability of this unit to navigate in polar regions where a conventional compass would not work. The unit supplies heading information to each autopilot. The unit was supplied by the Eclipse-Pioneer Division of The Bendix Corporation, Teterboro, New The following info is from ""The American Flight Navigator" by John Dohm, published by Pan American Navigation Service in 1958. ‘The Eclipse-Pioneer “Polar Path” compass is designed especially to replace the conventional magnetic compass and directional gyro in the higher latitudes, although it can be used with equal effectiveness anywhere.
The Polar Path combines both a pendulous flux gate compass and an extremely precise directional gyro with a minimum drift rate of less than one degree per hour. Two other components-a console control and a “compass coupler” which houses the motors, amplifiers, power transformer, etc. complete the system. The console is mounted at the navigator’s station’.
The following is taken from a Bendix document ‘Polar Path Compass System’
‘The Compass Coupler is an amplifier-computer that corrects and converts heading data from the Flux Gate transmitter and the directional gyro into electrical signals for directional indicators, automatic flight control systems, or for any devices requiring precise directional Information. lt contains amplifiers, motors, generators, gearing,  Autosyn  synchros, a computer mechanism, a power distribution transformer, a Flux Gate excitation unit, and two or three data transmitters. The transistorised amplifiers, the power supply, and the related circuitry are incorporated on individual card modules that plug into indexed connectors on the chassis of the Compass Coupler. The computer mechanism assembly is a self-contained, packaged unit that also plugs into a chassis connector. The power supply feeds AC power to the Flux Gate and the directional gyro transmitters, as well as AC and DC power to the amplifiers, servos, and other components within the Coupler. A cam compensator, with compensated and uncompensated compass dials, provides for correcting Flux Gate transmitters and associated system deviations.

All of the pilot's controls  and indicators required for monitoring the Polar Path System are mounted on the panel of the Compass Controller.’ 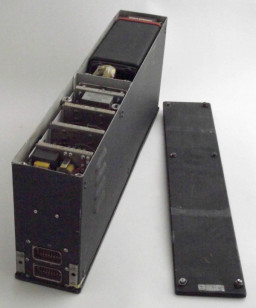 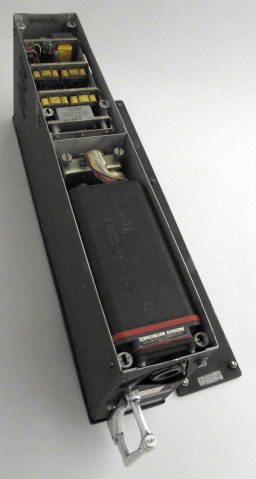