"EBLR" may refer to "Elliott Brother London [or Ltd], Repair".

An automatic direction finder (ADF) is an aircraft radio-navigation instrument that automatically and continuously displays the relative bearing from the aircraft to a suitable radio station. A Radio-magnetic Compass Indicator provides more information than a standard ADF. While the ADF shows relative angle of the transmitter with respect to the aircraft, an A Radio-magnetic Compass Indicator display incorporates a compass card, actuated by the aircraft's compass system, and permits the operator to read the magnetic bearing to or from the transmitting station, without resorting to arithmetic.

The instrument incorporates two direction needles; One needle (the thicker, double-barred needle) is connected to an ADF and the other (generally thin or single-barred) is connected to a VOR. Using multiple indicators, a navigator can accurately fix the position of their aircraft using triangulation, without requiring the aircraft to pass over the top of the station.
Like most instruments offered by Elliott Bros in the 60’s this was manufactured under a Licence from Bendix. 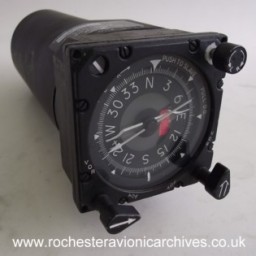 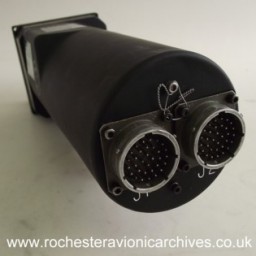 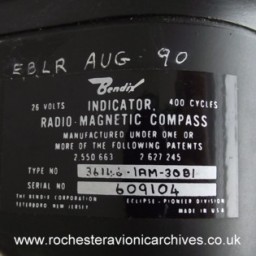