The Haskett Trophy was presented from 1977 to 1990 in memory of Fred Haskett who was for many years an executive of the company. Fred joined the Company in 1955 as a Sales Engineer specialising in the Engine Instrument business and rose to the position of Divisional Manager for the business he generated and built up. He later became Company Marketing Manager a position he held until his untimely death in 1975. Throughout his career Fred Haskett strongly supported and encouraged innovative ideas from young engineers. In 1977 Mrs Sarah Haskett donated the trophy which bears his name, in memory of her late husband and his service to the Company. Since then this trophy has been awarded for the innovative engineering designs which are judged most likely to lead to improved and more competitive products.

The trophy is machined from solid aluminium (which accounts for its substantial weight!) and patterned with blue and clear anodising. There are spaces around its plinth for four more winner's plaques. 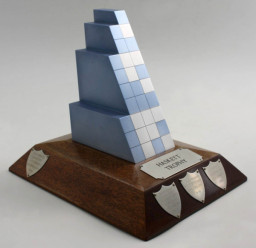 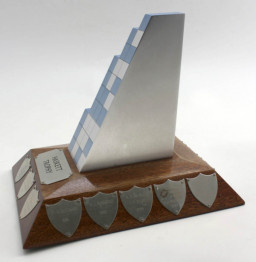 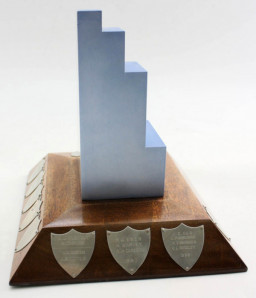