The original requirement for Tactical Reconnaissance Armoured Combat Equipment Requirement, TRACER, was a direct replacement for the ageing Combat Vehicle Reconnaissance (Tracked), CVR(T), vehicles to provide a high resolution real time information gathering capability at extended range in all conditions. Two prototype vehicles were made but the contract was cancelled in 2002.
The X in the Part No. indicates Experimental
CAGE Code K0662 refers to Selex

TRACER is the name given to the land-based component of the information, surveillance, target acquisition and reconnaissance. ISTAR, capability required to meet the land commander’s critical information requirements. We are currently conducting a series of parallel studies into land-based and air-based manned and unmanned systems to help determine the optimum balance of investment into these complementary capabilities. No decisions have yet been made on the specification or numbers of each type of platform. The original requirement for Tactical Reconnaissance Armoured Combat Equipment Requirement, TRACER, was a direct replacement for the ageing Combat Vehicle Reconnaissance (Tracked), CVR(T), vehicles to provide a high-resolution real time information gathering capability at extended range in all conditions. Since then, however, the development of unmanned air vehicle, UAV, technology promises to deliver a significant portion of the required capability without the risk to life associated with deploying troops far forward into enemy territory. Operational analysis and military judgment show that manned reconnaissance is still required, however, and studies are currently planned into the sensors required to deliver the capability and the most appropriate platform, manned or unmanned, on which to deploy them.

In the same period, the US Army started looking at a replacement for its Bradley M3 in Cavalry squadrons, and the M1114 HMMWV ‘Humvee’ in scout platoons, in a programme called the Future Scout Cavalry System (FSCS). The studies concluded that a dedicated vehicle would offer the best solution.

During regular discussions between the British and US Army is was discovered that both were looking at similar requirements. The TRACER and FSCS programmes were subsequently harmonised and a joint project created.

Both nations’ requirements would be met by a single vehicle, the Armoured Scout and Reconnaissance Vehicle (ASRV). It is important to note, for the avoidance of confusion that both programmes continued to be referred to, in their home nations, by their original titles: TRACER and FSCS. The intended end product of both programmes was the ASRV which, if successful, would be produced in both nations.

The Armoured Scout and Reconnaissance Vehicle was specified in a Memorandum of Understanding signed by the US and UK in July 1998, the original Operational Requirements Document having been agreed in December 1997.

Although a common vehicle was envisaged, the British Army had an additional requirement for their variant to be equipped with a long-range anti-tank missile. This was intended to provide overwatch for vehicles deployed forward without protection from main battle tanks.

At this early stage, the UK and US had slightly different requirements but the project was still initiated amid hopes of a rapid introduction and reduction in costs.

The two competing consortia for the Project Definition Phase were:

Both had slightly different industrial strategies involving joint ventures or loose teaming arrangements but both governments were keen to main the competitive element whilst having an equitable mix of US and UK commercial opportunities.

The estimated UK requirement would be for 400 vehicles with the US taking 1,200, with a projected price estimate of $2.9m each.

The studies progressed well and planned to go through affordability review in early 2001, after which a number of subsequent options would be open for discussion, including completion and report in 2002.

In October 2001, a statement was made to Parliament that in a joint US/UK decision, TRACER would come to a close at the end of the assessment phase in July 2002. The information gained would be used to inform FCS and FRES respectively, both programmes were to effectively absorb TRACER and FSCS:

With the US gone, the UK had a choice, it could well have stayed with the programme and comments about it being unaffordable without US participation are only partly true but before it had chance to complete, the UK was already in love with its own version of FCS, The Future Rapid Effects System (FRES).

TRACER technology demonstrations took place towards the end of the programme in June and July 2002 involving the prototype vehicles from each consortium, despite its cancellation.

And that was the end of TRACER. 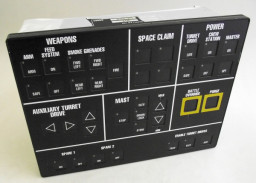 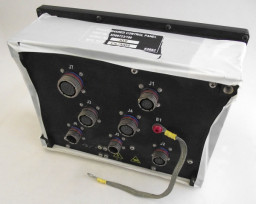 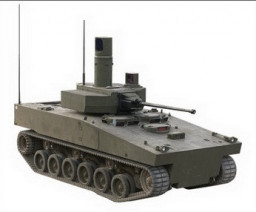