This unit is like the roller-ball assembly inside the related items.

This type of Roller Ball Unit was used as a ‘Mouse’ to control a cursor on the display screen of the AQS902 and AQS920 Sonar systems. These Sonar systems were fitted to the Royal Navy Sea King MkV and VI, The Indian Navy Sea King Mk42B, the Italian Navy Atlantic Mk1, the Swedish Navy and the Grumman S2-T.

The AQS-901 system ultimately consisted of 20 units of electronic equipment which covered radio receivers, buoy signal processors, computer units, controls, CRT and Hard Copy displays. Both the Nimrod and Orion aircraft carried two complete independent sets of these plus another shared CRT display, control unit and a radio transmitter - 43 items in total. Each aircraft had an acoustics station seating two Sonics Operators and a Tactical Coordinator. Processed information was presented on cathode-ray tube dis­plays and hard copy recorders. Flexibility to handle existing and projected active and passive buoys was built in. The system was based on the Marconi Avionics 920 ATC digital computer with a memory capacity of 256K words. The AQS-901 main computer was a version of the Marconi-Elliott 920 ATC, with a nominal 64,000-word store which is expandable up to 256,000 words. Bulk memory units provide extra capacity. The system converts sonobuoy data for presentation on electronic displays or multi-channel paper recorders.

The scale of the Nimrod acoustic signal processing system was such that Airborne Computing Division had to concentrate on the Maritime aircraft market. The scale of this contract merited the formation, in 1973, of a dedicated Maritime Aircraft Systems Division (MASD) which was prime contractor, with Computing Devices Company of Canada as major subcontractor. This led on to other smaller systems, known as the AQS 902 series, for helicopters and other lighter aircraft which were supplied to a number of different navies, including the Swedish. Starting in 1983, the AQS 902 system was developed into the AQS 903, which went into production in 1985. In 1983, Maritime Aircraft Systems Division (MASD) was the first division of GEC/Marconi Avionics to be awarded the Queen’s Award for Technological Innovation for its successful acoustic processor developments over the past 10 years. 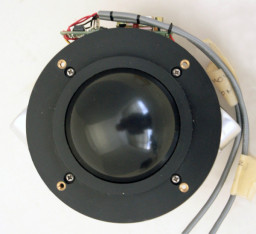 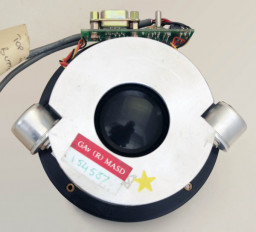