A description of the HUD system and its: units; display contents in each mode; usage and maintenance 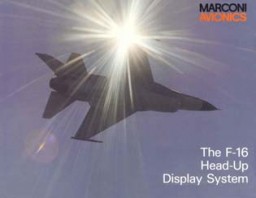