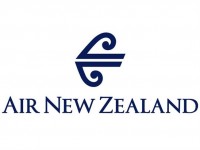 Air New Zealand Limited is the flag carrier airline of New Zealand. Based in Auckland, the airline operates scheduled passenger flights to 21 domestic and 31 international destinations in 19 countries around the Pacific Rim and the United Kingdom.[6] The airline has been a member of the Star Alliance since 1999.

Air New Zealand originated in 1940 as Tasman Empire Airways Limited (TEAL), a company operating trans-Tasman flights between New Zealand and Australia. TEAL became wholly owned by the New Zealand government in 1965, whereupon it was renamed Air New Zealand. The airline served international routes until 1978, when the government merged it and the domestic New Zealand National Airways Corporation (NAC) into a single airline under the Air New Zealand name.

Air New Zealand's route network focuses on Australasia and the South Pacific, with long-haul services to eastern Asia, the Americas and the United Kingdom.